The Blues and the Terriers played out a 1-1 draw at Stamford Bridge, with David Wagner’s men securing a valuable point to seal Premier League survival. 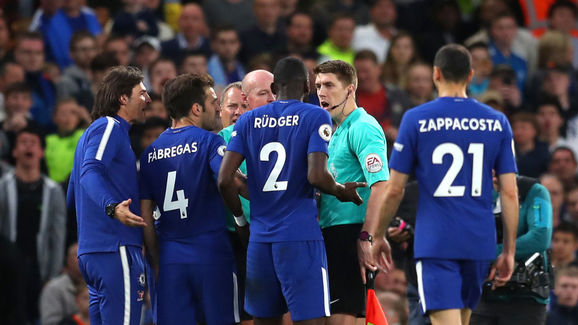 However, the draw was no good for Chelsea. While Antonio Conte’s side aren’t out of the chase for a Champions League place just yet, they now require a win against Newcastle on final day, coupled with a Brighton victory over Liverpool, in order to clinch the fourth spot in the Premier League standings.

The outcome of Wednesday’s match was indeed frustrating, with tensions bubbling over from the Blues with ?Marcos Alonso complaining about Huddersfield’s tactics. Chelsea were also levelled with ?an FA charge for failing to control their players during the game.

That is according to i Football journalist Sam Cunningham, who was pretty brief in the above tweet. But it’s likely that the German coach offered his hand only to be snubbed by the Chelsea star.

“He was angry, he was speaking Spanish, I didn’t hear him,” Wagner ?said to reporters after being questioned over the incident. “He had a really good game.”