?Aston Villa defender ?John Terry has confirmed his plans for the future after captaining Steve Bruce’s side to a place in the ?Championship play-offs.

The 37-year-old has played 32 of Villa’s 46 games in the Championship this season as the Birmingham-based side finished fourth. 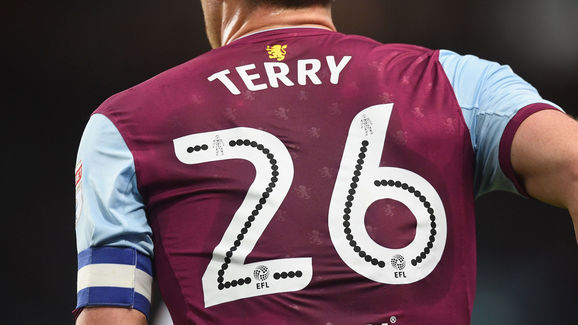 Going into the first leg of their Championship play-off semi final against ?Middlesbrough, John Terry told the official Aston Villa website of his future intentions if Villa were to secure promotion to the ?Premier League.

Terry will honour his contract at Villa, despite saying a year ago that he would not be able to deal with the emotional impact of playing against ?Chelsea.

I hope this isn’t the end,” Terry said. “If we go up, I’m staying. And hopefully I can play for a few more years in the Premier League.” “It’s only fair that if we go up, which is the belief within the group, that I stick around. It’s in my contract when I hit a certain number of matches.

“I’ve thoroughly enjoyed it here and love the way I’ve been accepted. I had to perform to get the approval of the fans and the group, and it was a big call by the manager, too, to sign someone at 36 years of age and coming to the end of their career.

“The job isn’t done yet. We’ve got a few more games to go. But hopefully I am here next season.”

Speaking last year, Terry ?spoke about the possibility of playing against Chelsea again.

“I thank them for their offers – for me it was just the mental side of playing against Chelsea was too much to get over,” he said.