?Manchester United striker ?Romelu Lukaku will be fit to face ?Chelsea in the final of the FA Cup at Wembley Stadium on Saturday.

The 25-year-old has recently been suffering from an ankle injury that he picked up against ?Arsenal on 29 April, but the ?Sun report that Lukaku returned to training earlier this week and will be fit for the FA Cup final.

After receiving successful treatment in Belgium over recent weeks, Lukaku could have played against ?Watford on the final day of the ?Premier League season, but José Mourinho rested him as a precaution ahead of the FA Cup final.

Lukaku has ?insisted over the past few weeks that he will be fit for the Wembley final and has proven himself right as he looks set to return to the starting 11 on Saturday.

The £75m striker has scored 27 goals in 50 games for Manchester United this season and could be about to help his side to their fourth major trophy in three seasons after they secured their best Premier League finish in five years.

Their achievements have made for a successful season, according to Man Utd and England star Ashley Young. 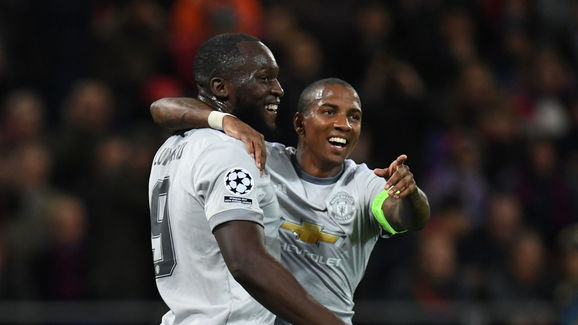 “If we win at the weekend, and having finished second, it will be a very good campaign,” Young said recently, per the ?Mirror.

“But if you ask all the players and staff, winning the league is where we need to be at.

“Of course there’s excitement. There is not anyone who is not excited. We’ve been there before and must prepare this week in the right way, which we will do.

“Everybody wants to be starting and I’m no different.

“There is no better feeling than when you win the FA Cup and walk up those stairs to pick up that trophy. Hopefully, we can do that.”