Manchester United, Chelsea and Arsenal have all been linked with the Senegalese centre back, who enjoyed an outstanding season with Napoli as the Neapolitans pushed Juventus all the way in the Serie A title race.

?The Mirror reports that any club interested in signing Koulibaly would have to set a new transfer record for a defender, surpassing the £75m that Liverpool paid for Virgil van Dijk in January. ?Barcelona have already been priced out of a move by Napoli’s demands. 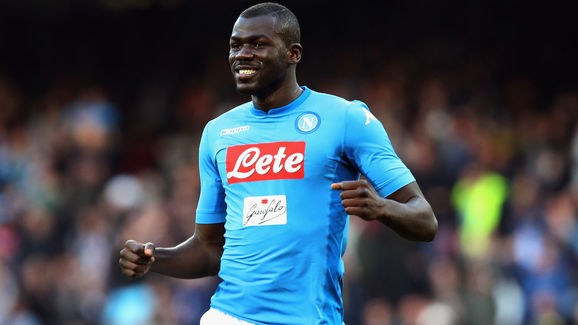 Koulibaly was born in France and played for them at youth level but chose to represent the country of his parents’ birth, Senegal, for which he has 18 caps.

He will be a key player for them at this summer’s World Cup, where they face Colombia, Poland and Japan in Group H.