?After his side won the FA Cup final against Manchester United, Cesc Fabregas proved himself a class act by being the first ?Chelsea player to go over and console the opposition players.

The Spaniard had played in Eden Hazard with a brilliant pass forward in the first half, when the Belgian was brought down by Phil Jones for what would end up being the deciding penalty in the game.

Hazard’s penalty gave Chelsea their eighth FA Cup win and rounded off a disappointing season with some success and joy. 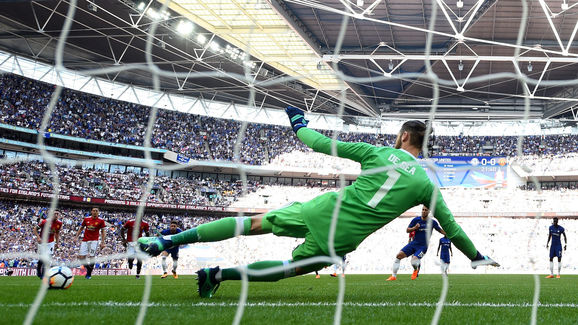 Fabregas also claimed an impressive personal accolade in the match, winning his 15th trophy in 15 seasons.

Despite the remarkable achievement for the Spaniard though, he still made certain to go over the Manchester United players after the match and offer commiserations to his visibly disappointed opponents.

It’s often easy to find players swept up in the emotion of winning a major trophy – especially after the disappointing season the Blues have had in the league – and Fabregas’ gesture just emphasised the midfielder’s class.

Fabregas also had another motivation for winning his second FA Cup medal – he lost the first one he won with Arsenal in 2005!

“He nearly lost the World Cup one even! It was in my mum’s house in a box. I have nearly all of them, but I’ve lost two or three.