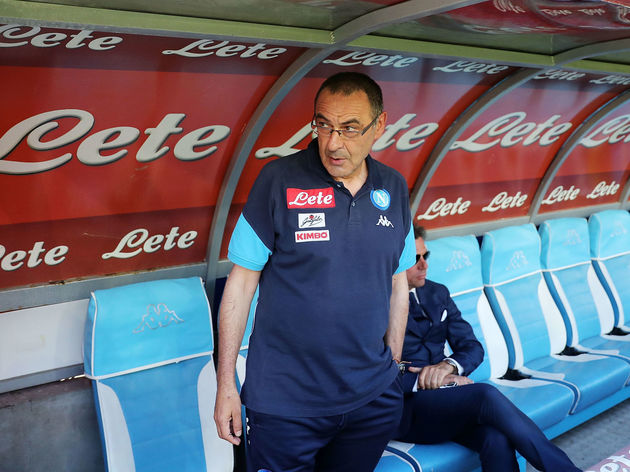 Stadio San Paolo, and insisted that the ?Serie A side will not change their firm stance over the release clause.

“When I modify a contract, it is with an agreement. I inserted the clause, and it has to be honoured. Now the clause is not valid? I don’t like this one-sided idea.”

It has been Chelsea’s stalling attempt to appoint Sarri this summer which has seen the club step up their interest in other targets this summer.

And France Football (via the Metro) claims that

But Sarri remains the favourite to succeed Conte this summer, with Blanc understood to be lined up purely as a precautionary measure.