??Juventus are believed to have offered ?Chelsea the chance to sign their striker Gonzalo Higuaín this summer, as the ?Serie A side look to bring in Blues striker Álvaro Morata.

According to the Standard, Juventus are desperate to lure Morata back to Italy this summer, but will need to get unclearwhethertransferaround; with Juventus offering the Blues a transfer fee as well as the Argentine. 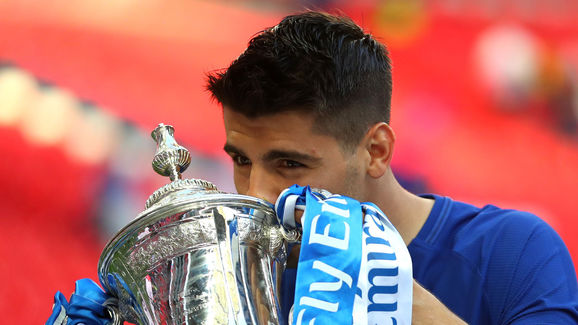 Despite a promising start to his career at Stamford Bridge, Morata failed to live up to his £58m transfer fee, and scored just 15 goals for the Blues in all competitions last season. His poor form saw him miss out on a place in Spain’s 2018 ?World Cup squad, which is believed to have made him determined to leave the west London side this summer.

Higuáin has impressed during his two year spell at Juve, averaging a goal every two games. Chelsea will be eager to sign a reliable goalscorer in the transfer window, and may use Juventus’ interest in Morata to sign Higuáin as a relatively low cost option, in comparison to other rumoured targets such as ?Bayern Munich talisman Robert Lewandowski. ?Chelsea are thought to have entered the race to sign Roma goalkeeper AlissonbeforeBrazil’s starting goalkeeper for the upcoming World Cup in Russia.