?According to reports emanating from France, Premier League duo ?Tottenham Hotspur and ?Chelsea have made contact with Austrian Bundesliga side Red Bull Salzburg regarding the availability of Amadou Haidara.

The London duo’s approach comes off the back of a significantly impressive 2017/18 campaign for Hiadara, whereby the young Malian midfielder made 18 goal contributions from 55 games across all competitions. 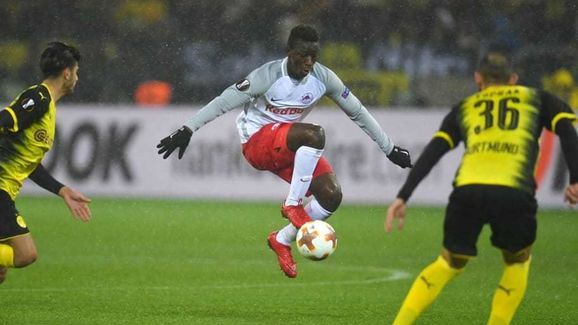 However, both clubs will face competition from Salzburg’s sister club RB Leipzig, who are allegedly interested in bringing the 20-year-old in as a replacement for ?Liverpool-bound midfielder Naby Keita.

According to ?France Football, Die Rottenbullen have already made contact with Salzburg regarding the potential sale of their talented Malian starlet, with the Austrian champions often being used as a feeder club for the German outfit.

Haidara has been an incredibly influential player for Red Bull Salzburg this season, developing his game at an impressive rate and earning experience playing in the later stages of European competition as he helped to take Marco Rose’s side to the semi-finals of the Europa League where they were knocked out by eventual runners up Marseille.

Should Haidara choose to move to Leipzig, he will follow in the footsteps of the aforementioned Keita, who made 81 appearances, scoring 20 goals, over two seasons for Salzburg before departing for the German Bundesliga.