?New ?Derby County manager Frank Lampard is looking to strengthen his team with the signing of his former ?Chelsea captain John Terry.

A report from the Daily Star claims that the two Chelsea legends are set for a reunion at Derby Country, after Lampard convinced Terry to join him for another push for promotion. ?Aston Villa?Fulham?Championship 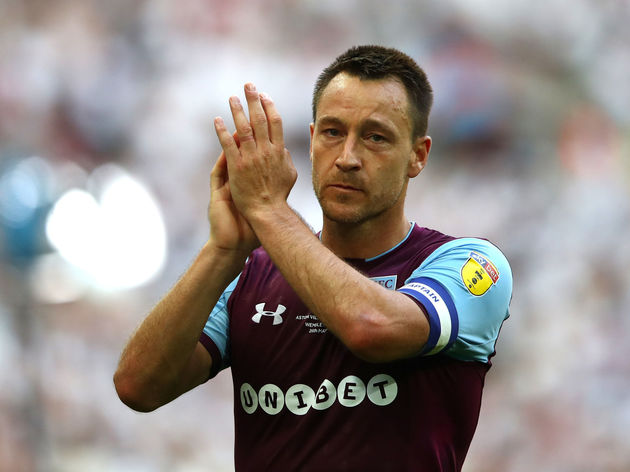 Lampard, speaking at Derby County’s official press conference, responded: “I had conversations with him this season about how he was getting on and about the Championship.

“He will definitely be there for me. We are close.”

The 37-year-old centre back made 36 appearances for Aston Villa in all competitions last season, taking over as captain of the side and guiding the team to the final. He was reportedly earning £60,000-a-week at Aston Villa, but will be taking a huge pay cut if he joins Derby.

Derby have a tight wage budget, paying their top players around half of what Terry was earning at Aston Villa. Derby owner Mel Morris confirmed that the club will be looking to cut costs in order to appease UEFA’s Financial Fair Play regulations. “So it’s time to bring our house in order in that regard. But as Frank has said, it’s time to try to look at doing that while seeing if we can progress at the same time.

“We understand there are blips, there will be problems and there will be challenges that come along. We’ve got to be patient with that, and so have the fans, but that doesn’t mean we can’t be ambitious.”

??Derby finished 6th in the Championship last season, and will hoping that Lampard can finally guide Derby to the ?Premier League for the first time since the 2007/08 season.