?England always have an excuse for not winning the World Cup. Their best players were injured, they didn’t practice penalties enough, the opposition used their hands instead of their feet, etc, etc, ad nauseam.

In 2010, it was the match officials who were to blame. During England’s round of 16 match with Germany, Frank Lampard chipped the goalkeeper from the edge of the penalty area, the ball clipping the underside of the crossbar, bouncing down and then rearing up to hit the crossbar once more before Manuel Neuer gathered it in his arms.

Lampard raised his arm in triumph and then discovered to his horror that the goal had not been given, the referee oblivious to the fact that the well-judged lob had landed a good yard over the line. For once, England really had been hard done by. Inevitably, the clamour to introduce goal-line technology got louder and louder. It just couldn’t be right that a team were not awarded a legitimate goal, could it?

England went to the 2010 World Cup with high hopes. They’d qualified for the tournament with ease, winning nine of their ten matches and only losing once their place in South Africa had been secured. What was particularly impressive about this England side, however, was their prowess in front of goal; they notched six in one qualifying game, five in another two, four a couple of times and three on another two occasions.

Indeed, no other European nation scored more goals in qualifying for the World Cup than England. Although some of the much fabled ‘golden generation’ had been put out to pasture, Steven Gerrard, Frank Lampard, Wayne Rooney, Ashley Cole and John Terry were still very much in their prime. In addition, England also had one of the world’s finest managers in Fabio Capello; a coach whose CV was burnished with gold. It really did seem like all the pieces were in place.

If there were good grounds to be optimistic about England’s chances, then Gerrard’s goal after only four minutes in their opening game against the USA seemed to justify them. But, sadly, that was as good as it would ever get. As the game neared half-time, Robert Green fumbled a shot from Clint Dempsey, allowing the ball to bounce off his hands and trundle over the line before he could halt its progress.

A 1-1 draw with the USA was hardly a disaster, but it was followed by a drab 0-0 draw with Algeria and a lacklustre 1-0 victory over Slovenia; performances poor enough to dishearten even the most optimistic of England fans. The draw had been kind to England, allocating them to a first-round group that they should have won without too much difficulty. Instead, they finished second on goal difference behind the USA; an outcome that meant a round of 16 tie with Germany, while the group winners faced the much less onerous prospect of Ghana.

England had made life hard for themselves and it didn’t take Germany long to make them regret it. Goals from Miroslav Klose and Lukas Podolski put them 2-0 in front after half an hour of play, though a header from Matthew Upson five minutes later gave England hope. Then came Lampard’s ‘goal’; a moment that could have given his side belief but resulted only in despair. If England had gone in level at half-time then who knows what could have happened next.

As it was, Capello’s side had no alternative other than to chase the game in the second-half, conceding twice more from merciless counter-attacks as they desperately laid siege to the German goal. The result was another step forward for Germany as they marched towards eventual dominance of the world game, while it was yet another stumble for the English as they failed to arrest their inexorable decline. But what the game will probably be remembered for most of all was the referee’s colossal blunder.

Frank Lampard’s shot from outside the box is disallowed, even though it had crossed the goal line????@DFB_Team_EN ?? eventually beat @England ??????? 4-1 and knocked them out of the ? ? pic.twitter.com/kKUXI84kTH

Lampard’s infamous ‘goal’ turned out to be an important landmark in the history of football for it helped to change hearts and minds, persuading the game’s authorities that the introduction of goal-line technology was long overdue. And now, following in its wake, is VAR, which will be used at a World Cup for the first time this summer.

Depending on your opinion about the use of technology in football, Lampard’s ‘goal’ was either a great epiphany, or the event that led to the opening of Pandora’s box. And who is say that football’s seemingly insatiable quest for fairness will end with the introduction of VAR. The system will undoubtedly remedy many of football’s injustices, but it will never be able to correct them all. So, what will come next? A grand jury of experts deliberating over crucial incidents and not allowing the game to proceed until they have issued a unanimous verdict? That may lead to fairer outcomes, but it isn’t football.

For some reason, football fans appear to be increasingly unable to accept that the result of a match can depend, even in part, on luck. But why shouldn’t it? Outrageous offside decisions, dubious dismissals and ghost goals are woven into the fabric of the game. Football is not a contest of pure skill in which chance has been eliminated.

It is not chess, nor should it attempt to be. Football is the beautiful game because it mirrors life and, as we all know, life is not always fair. Football needs its mistakes and injustices, for they are part of its inimitable appeal. The real question is not whether we should use this or that technology, but whether we should preserve a role for fortune in football.

Let the game begin with a roll of the die, not with the setting up of pieces. Chance is so much more interesting than calculation. If we can do that, then who knows, maybe even England will get lucky again one day. 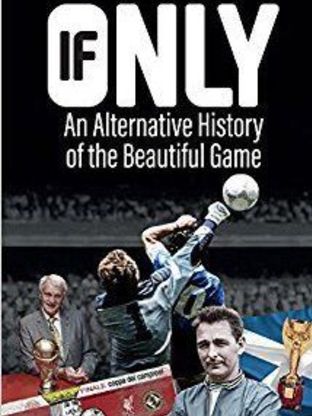 Simon Turner is the author of ?‘If Only: An

Alternative History of the Beautiful Game’ published by Pitch Publishing. You can follow him on Twitter at ?@simonaturner100.