??Chelsea forward Eden Hazard has sent a heartfelt message to his ‘friend’ Mohamed Salah after Belgium made short work of Egypt in a ?World Cup warm-up friendly.

Salah was notable in his absence from the Egypt side, as Belgium ran out 3-0 winners, and is expected to miss at least one of his country’s three group stage fixtures when the tournament kicks off this month.

Speaking to ON Sports after the win, as quoted by ?Metro, Hazard said:

“Egypt are a good team. They have many good players and I think they will perform well in the World Cup. They are a compact team and they are very organised.”

Despite the Belgian’s praise of the Egyptians, though, it was a night in which they struggled without their talisman as preparations for the World Cup reach boiling point. 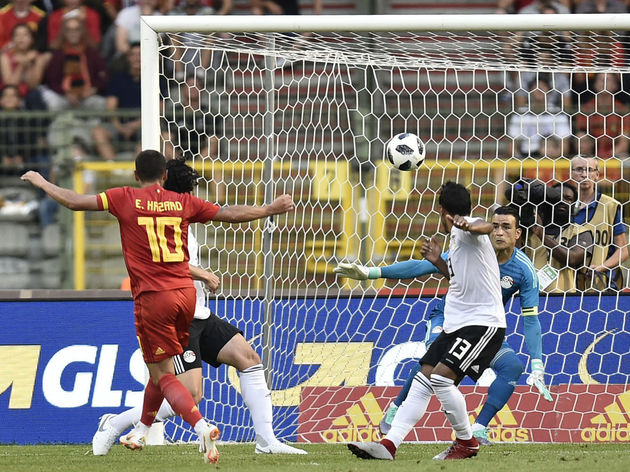 It’s difficult to summarise the depth of affection Salah’s home country has for the ?Liverpool talisman. ?When the front man went down hurt in the UCL final, a nation winced, as the man on whom their hopes of last 16 qualification for the first time in their history largely lie, looked as if he may be out of the tournament altogether.

And ?while the news is not as bad as first feared, Egyptians all over the world will have their fingers crossed that Salah can keep to his current schedule of making their second group stage fixture, against the hosts, Russia.

For Belgium, on the other hand, preparations seem to be going swimmingly. It was a ?Premier League clean sweep against Egypt as ?Manchester United’s Romelu Lukaku and Marouane Fellaini as well as Hazard himself got on the scoresheet, and the Belgians look set to offer England some stern opposition at the top of group G.