Pedro has added fuel to the fire amid rumours that ?Fulham boss Slavisa Jokanovic could take over at ?Chelsea, describing the Serbian as “a great manager.”

Jokanovic helped Fulham return to the Premier League for the first time since 2014, guiding them to a playoff final victory over Aston Villa at Wembley.

The Cottagers’ stylish brand of football has attracted many admiring glances and some of them appear to be coming from Fulham’s West London rivals Chelsea, who are eyeing Jokanovic as a possible replacement for Antonio Conte.

Blanc i think it’s the favourite now, but they met Jokanovic too. Sarri is difficult at the moment

Chelsea’s Spanish forward Pedro indicated that he would welcome Jokanovic to Stamford Bridge.

“We know there might be some changes, we’re awaiting. We know that he [Slavisa Jokanovic] is a great manager,” Pedro said, quoted by ?Sky Sports News.

“Many names have been mentioned and he is one of them. If a new manager comes, we’ll try to work in the best way possible.”

Conte won the Premier League title with Chelsea in 2017 but has come under significant pressure after the Blues slipped out of the Champions League spots, finishing 5th last season. They managed to win the FA Cup by beating Manchester United in the final, but Conte’s position is still looking very precarious.

Jokanovic has never managed in the Premier League. He got Watford promoted to the top flight in 2015 but left due to a breakdown in contract negotiations.

He took over at Craven Cottage later that year and guided Fulham to safety before leading them to the playoffs the following year. That ended in a narrow defeat to Reading. 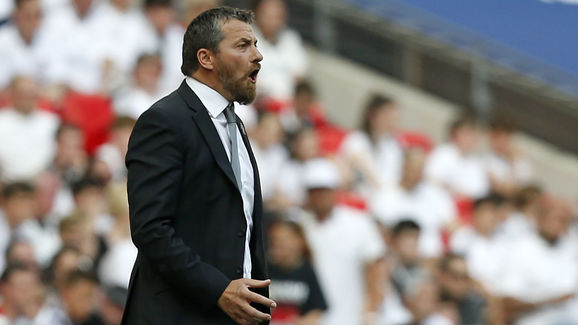 This year, Fulham were denied automatic promotion on the final day of the regular season but Tom Cairney’s winning goal at Wembley saw them return to the Premier League.