?Chelsea could be preparing one final push to break Maurizio Sarri’s contract with Napoli and bring him to Stamford Bridge.

?After being linked with a move to Chelsea a number of weeks ago, reports regarding the appointment of the man who led Napoli to a second place finish in Serie A in 2017/18 began to fade amid claims that ?the Premier League outfit were getting cold feet due to Sarri’s controversial past and difficult contract.

However, fresh reports (via? Football Italia) have claimed Chelsea remain interested in making the Italian their new head coach and are prepared to negotiate with Napoli over his release clause. 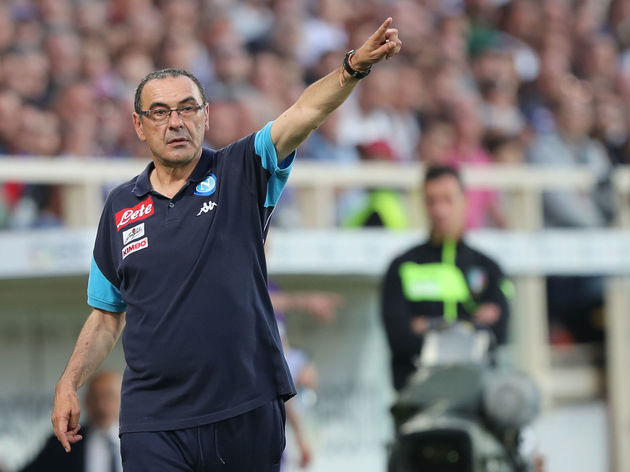 Sarri’s current situation at Napoli remains complicated. Even though he was dismissed in order to make room for Carlo Ancelotti to take charge in Naples, his contract with the club has not yet been broken and he continues to receive his wage from the club.

Despite ?reports claiming the Blues have already agreed a deal with former Paris Saint-Germain boss Laurent Blanc to take the helm at Stamford Bridge next season, it’s still believed Chelsea view the Frenchman as a ‘Plan B’ should there be a way to secure Sarri.

#Chelsea have agreed terms with Laurent Blanc, but are waiting a to see if Maurizio Sarri can still sort out his ongoing dispute with Napoli. [Sportitalia]

While Chelsea find themselves in a predicament concerning the contract of Sarri, they also face a dilemma of their own. Should they decide to sack current first team boss Antonio Conte, the Italian will be owed €10m as a result.

Chelsea were hoping Conte would be tempted to leave the club on his own terms, with Real Madrid reportedly interested in making him their new manager. However, it seems ?the former Juventus boss has since rebuffed Los Blancos advances.