??Napoli have joined the race for out of favour ?Chelsea defender David Luiz this summer, according to reports.

The Brazilian has been cast to the side at Stamford Bridge under Antonio Conte, making just 15 appearances last term, leading Napoli’s new boss Carlo Ancelotti to seek a reunion with the 31-year-old. 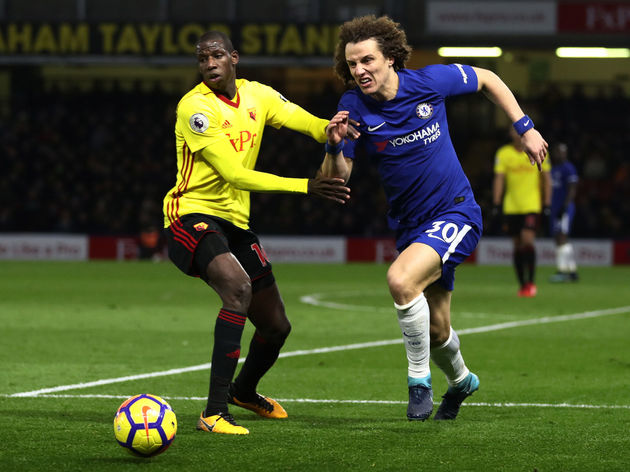 Luiz is considering his options ahead of his likely departure from Chelsea this summer, where he has been heavily linked with a return to Benfica.

However, according to La Repubblica (via ?Premium Sport), Napoli have been urged by their new boss, Ancelotti, to pursue to the centre back as the former Blues boss is said to be a big fan of Luiz following their time together in the Premier League.

The Serie A side are seeking a handful additions this summer who can adopt a leadership role following the departure of keeper Pepe Reina, and the ?likely exit of Marek Hamšík.

The report further claims that should Chelsea continue to pursue former Napoli boss Maurizio Sarri as Conte’s successor that Luiz could be included as a makeweight of any potential deal.

Luiz has spent a combined five seasons at Stamford Bridge in two separate spells, the first saw him arrive in 2011 from Benfica for a fee in the region of £22.5m, and the second in 2016 following a two-year spell with Paris Saint-Germain.

The Brazilian has lifted the Premier League title and the Champions League during his time with the London outfit, playing over 150 games for the Blues.

Ancelloti is also hopeful of bringing in Bayern Munich midfielder Arturo Vidal alongside Luiz ahead of his first season at the helm of Stadio San Paolo.