Napoli manager Maurizio Sarri could be appointed as Antonio Conte’s successor at Chelsea as early as Monday, according to various reports.

There has been endless speculation surrounding who will be appointed as the new manager at Stamford Bridge this summer, with former Paris Saint-Germain manager Laurent Blanc being mentioned once a deal for Sarri was thrown into question. 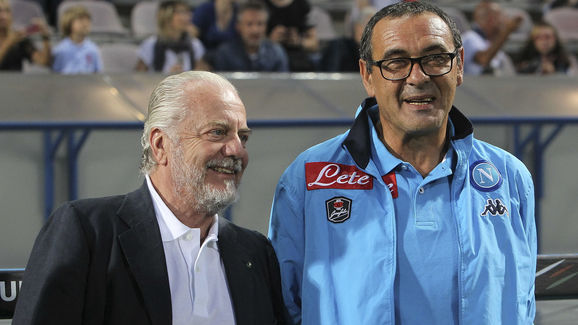 Talks between Chelsea and Napoli’s president, Aurelio De Laurentiis, reportedly stalled due to a disagreement over compensation as Chelsea refused to meet Sarri’s release clause.

But Italian newspaper Il Mattino (via Football Italia) have added to reports yesterday surrounding Chelsea’s next appointment by confirming that Sarri could actually be brought in at Stamford Bridge at the start of next week.

The Blues must first appoint club legend Gianfranco Zola as their new director of football, with a view that the 51-year-old will act as a link between Sarri and the Chelsea hierarchy.

Sarri will also hand decisions over transfers to Zola this summer, with the Napoli boss eager to focus on his role as a head coach.

Italian side Napoli have already taken steps as they prepare for Sarri’s departure, confirming that former Chelsea manager Carlo Ancelotti will take over at the Stadio San Paolo ahead of the new season.

The club’s president De Laurentiis has also confirmed that the club have been looking to dip their toes in the transfer market this summer, with Napoli looking to spend over €100m to sign Alisson Becker and Federico Chiesa.