??Arsenal and ?Chelsea are set to be in the hunt for highly rated CSKA Moscow midfielder Aleksandr Golovin this summer – along with Serie A champions ?Juventus – but all three teams will have to pay a premium fee for the Russian star.

Golovin impressed last season for the Russian club and he has carried that good form into the World Cup, where he stole the show in his country’s opening match against Saudi Arabia. The attacking midfielder created three goals before nabbing one for himself with a deliciously weighted free-kick to make it 5-0 for the host nation. 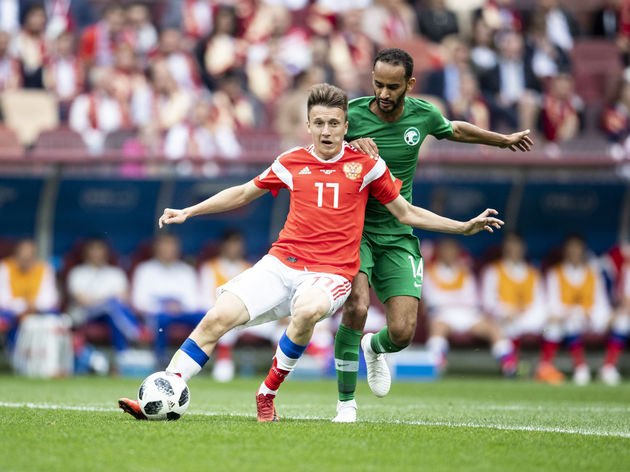 He is undoubtedly Russia’s star player and with the spotlight focused on the 22-year-old, he has has attracted a lot of attention from some of the best sides in European football. According to Football.London€25m for his services.

He said: “For now I want to focus on the World Cup and Russia.

Juventus, along with Arsenal and Chelsea, will be watching Russia’s remaining group matches with keen anticipation. If Juventus aren’t willing to increase their bid then it could be the perfect opportunity for Arsenal and Chelsea to swoop in.