Chelsea didn’t complete their first signing of last summer until 1 July and it was underwhelming when it happened, as back up goalkeeper Willy Caballero joined as a free agent.

Then, rather than strengthening, it seemed to be a case of one in/in out as the arrivals of Alvaro Morata, who was bought after Manchester United hijacked Romelu Lukaku’s expected return to west London, Tiemoue Bakayoko, Antonio Rudiger and Danny Drinkwater were little more than straight replacements for the departures of Diego Costa, Nemanja Matic and John Terry.

Reports of genuine substance regarding any possible Chelsea incomings have been noticeably absent from the typical media buzz since the end of the season.

Given that Chelsea finished fifth in the Premier League in 2017/18, serious strengthening is needed ahead of next season. But a report from the Evening Standard cites an ‘insider’ to suggest that a lack of solid recruitment, while not improving the current squad, could have the added effect of driving star duo Eden Hazard and Thibaut Courtois out as they grow tired of the perceived lack of ambition. Hazard, who like Courtois is only under contract until 2020 and has held off on signing an extension despite Chelsea’s best efforts to convince him, publicly warned just this week that he will not be sticking around if things do not get any better.

“I do not want to stay [at Chelsea] if we are less good. Real Madrid can interest me, everyone knows that…if they want to buy me they know what they have to do,” he said. “If I stay [at Chelsea], it will be because the team will be better than the season we have just experienced.”

Courtois has also been heavily linked with Real for some time and has been earmarked as an alternative to primary Bernabeu goalkeeper target Alisson Becker if a deal with Roma fails.

Even N’Golo Kante has been rumoured to be delaying a decision on his future until the situation at Chelsea become clearer, with Real Madrid and Paris Saint-Germain both linked.

While main rivals Manchester City, Manchester United, Liverpool and Arsenal have all already confirmed or are close to confirming new signings, Chelsea’s lack of summer recruitment is hardly surprising given how the managerial situation remains in limbo.

Despite suggestions that a deal has finally been reached for Maurizio Sarri to take control, Antonio Conte still remains in charge until the club can come to an agreement over sacking the incumbent, who has long maintained that he has no intention of resigning and walking away. 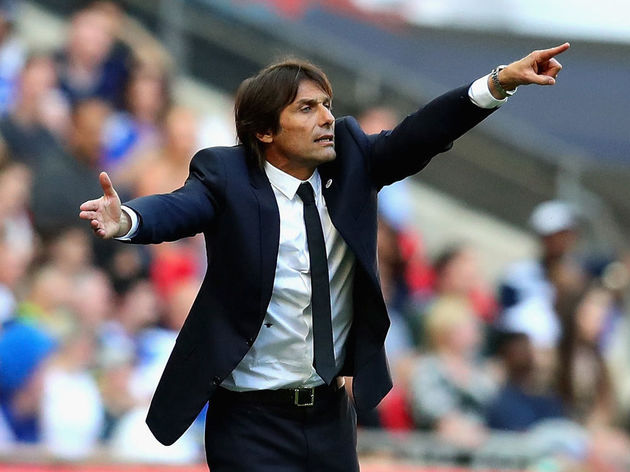 It is also worth noting that Chelsea are yet to replace Michael Emenalo, who left his role as technical director and was a key part of the transfer process back in November.