Italian manager Maurizio Sarri will launch a bid to bring Belgium international Dries Mertens to Stamford Bridge this summer if he is appointed as Antonio Conte’s successor at Chelsea, according to reports.

?The managerial merry-go-round in west London appears to be drawing to a close ahead of the new season, with Sarri – who is still under contract at ?Serie A outfit S.S.C. Napoli – expected to be brought in by the Blues as early as this week. 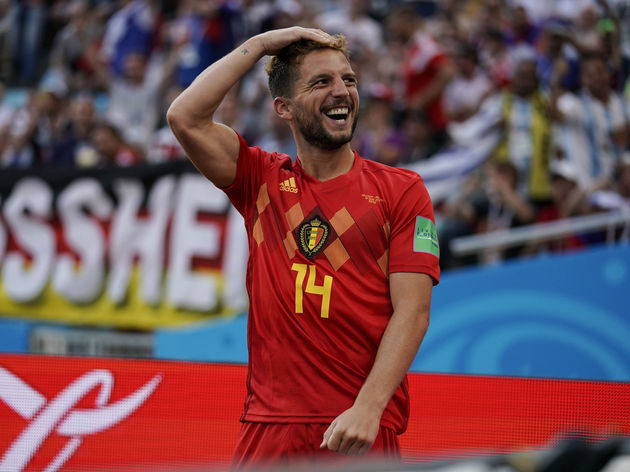 Chelsea have been quiet in the transfer market so far as they look to resolve the appointment of their new manager, but the Telegraphreport that top target Sarri has already informed the club’s hierarchy that he wants Napoli striker Mertens to join him at Stamford Bridge next season.

Stadio San Paolo. The 31-year-old was somewhat of a journeyman before settling in Naples, playing for five different clubs in Belgium and Holland before joining the

Mertens had spent the majority of his career deployed as a winger but Sarri implemented the forward as Napoli’s regular striker in 2016, with the Belgium international going on to be directly involved in 83 goals over the last two season.

Mertens is currently away on international duty at the World Cup, and the forward played a crucial part in Belgium’s 3-0 win over Panama on Monday. The Napoli star scored an incredible volley to break the deadlock at the start of the second half, with Manchester United’s Romelu Lukaku notching a brace late on to round off the scoring.