??Chelsea midfielder Cesc Fabregas has taken a swipe at Cristiano Ronaldo in a new column, suggesting the Portugal captain’s main contributions to the national side come from penalties and mistakes by opposition players.

In the column, which he wrote for ?BBC Sport, Fabregas wrote: 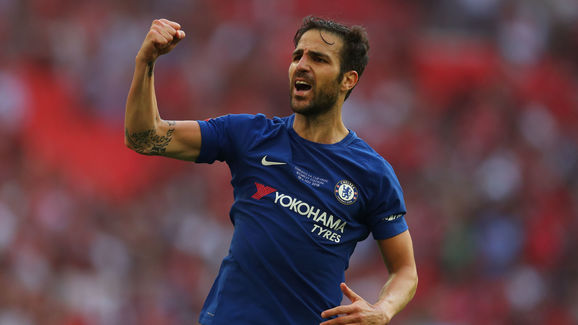 “He mainly stays up front and you no longer see him running all over the pitch.

“He is one of the big names in Russia who has made a strong start to this World Cup, in terms of goals, with four so far.”

Though Ronaldo’s winner against Morocco took him to 85 goals and made him the highest-scoring European in the history of international football, it would seem Fabregas has not been entirely convinced by the forward’s recent contribution to matches. “Yes, he is playing well, but if you really look at what he has done, he has scored one penalty, one free kick, one goal from a corner and one with a shot that David De Gea should have saved.

“You cannot say that he and Portugal have shown great combinations or tiki-taka football to score great goals.

“You have to give him credit, of course, but his goals have come from set-pieces, penalties or mistakes.”

Portugal have taken four points from their opening two matches of the World Cup, playing out a thrilling 3-3 draw with Spain in their opening match before scraping to a 1-0 victory over Morocco on Wednesday.

While they have been criticised at times for their workmanlike style of play and for relying too heavily on Ronaldo, Portugal’s Euro 2016 victory will still be fresh in the minds of their opponents in Russia and they will not be taken lightly by anyone during the tournament.