Former Chelseastriker Didier Drogba believes that his former teammate Romelu Lukaku has the perfect attitude to become one of European football’s best players, insisting that the Belgium international’s ‘

The two forwards were briefly together in west London following Lukaku’s £13.5m arrival from Belgian giants RSC Anderlecht, where Drogba admits he acted somewhat as a mentor for the youngster. 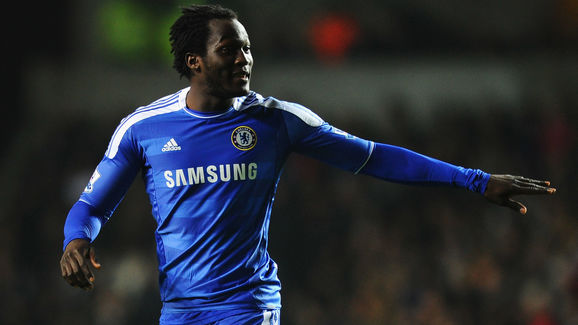 Lukaku to fill his boots against Japan tomorrow? Love it if he wins the Golden Boot. Fitting the two best strikers in the Premier League are battling each other for it#MUFC

“He has done that. When I look at the player he is now and the one he was seven years ago, there is a big difference. If you go through the different parts of his game, there is quality everywhere.”

The former Ivory Coast international would leave the club in favour of a move to Shanghai Greenland Shenhua just 12 months after Lukaku’s arrival at Stamford Bridge, but Drogba reveals that the two have kept in contact throughout the last six years.

He adds that Lukaku’s five-year spell at West Brom and Everton has matured him both as a player and a human being, helping the 25-year-old adapt to life so quickly at Manchester United.

“I think Jose understood when he signed him for United last year that the boy has become a man. He was mature and ready for a challenge like playing for a club like United.”

Drogba also claimed that following Belgium’s recent win over Panama, where Lukaku scored two goals for the Red Devils, he was eager to take feedback on his performance so that he could improve even more.