With ?Chelseasupposedly set to announce Maurizio Sarri as their new manager, Italian source Gazzetta dello Sportare claiming that the Italian is keen on having Juventus forward Gonzalo Higuain join him at Stamford Bridge.

The Blues are said to be interested in bringing the Argentinian hitman to London this summer, and will offer Alvaro Morata in exchange.

Morata has only been at the Bridge one season, yet he is understood to be intent on leaving as things didn’t really work out the way he planned.

The striker began his Chelsea career in remarkable fashion, hitting the ground running in the Premier League, but the goals dried up towards the end of the year, with a back injury thought to be the reason for his sudden drop in form and he is now said to be hoping to return to Turin. 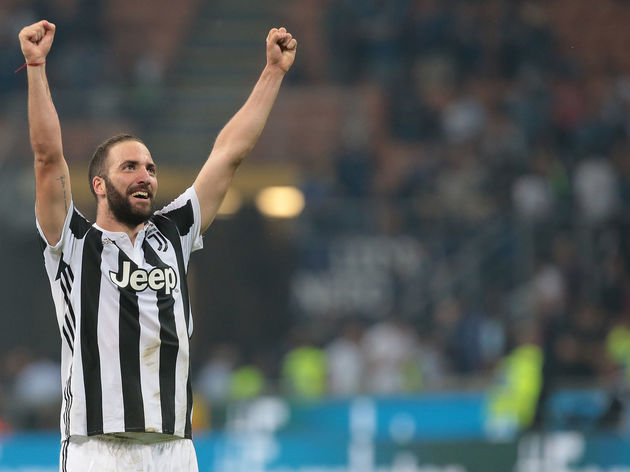 Juve, though, aren’t thought to be open to the switch. Gazetta are reporting that the Italian side have all their boxes checked as it relates to squad positions and will only look to bring new faces in if players make exits.

Of course, that directly contradicts the other Italian reports claiming that I Bianconeri are working on a mega deal which could see Cristiano Ronaldo take up residence at the Allianz Stadium next season.

Meanwhile, Sarri also wants Juve’s Daniele Rugani, per reports. The Italian side are open to conducting discourse with last season’s FA Cup winners, but they intend to keep those separate from anything concerning Morata or Higuain.