?News of Roman Abramovich withdrawing his UK visa application coupled with the Russian shelving Chelsea’s £1bn stadium plans has added to a mounting sense of uncertainty around Chelsea, who are at risk of losing touch with their rivals.

The British authorities made a statement ?in refusing to renew the Russian oligarch’s visa and Abramovich hit back in some fashion, pulling the plug on £1bn worth of investment that would undoubtably have had a huge impact 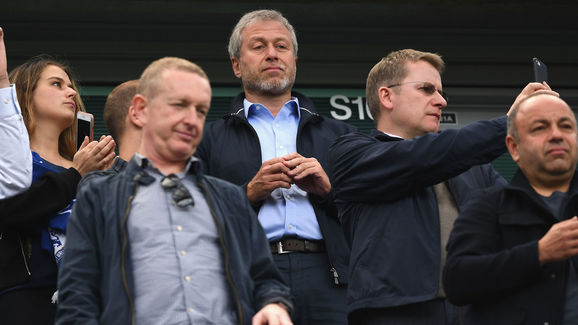 This has left Chelsea in a state of confusion and although it has been reported that the owner’s visa troubles will have no impact on the running of the football club, it has added to the uncertainty around the club. Chelsea, who have yet to decide on a manager for next season having ditched their pursuit of Maurizio Sarri (refusing to pay up to £8m of compensation), appear to be leaning towards appointing Laurent Blanc. Hardly a box office name, the Frenchman was

Last month, Hazard demanded his side sign players of genuine quality this summer or risk losing him. Yet without a manager in place, and only Europa League football to contend with next season, Chelsea are not the prospect they once were. The uncertainty around Chelsea threatens to have a very real impact. The Blues are at risk of a sustained spell outside the top four and