?Former ?Liverpool defender Igor Biscan has revealed that he would ‘love’ to see his former club sign ?Chelsea winger Willian this summer.

In an interview with ?BetStars, Biscan went into depth about his thoughts on Liverpool’s transfer business this summer, and named a couple of players who he would ‘love to see’ at Anfield next season.

He was keen to single out Chelsea winger Willian, who had a fantastic ?World Cup with Brazil this summer, despite his country ?being knocked out by Belgium at the quarter final stage.

Liverpool defender Dejan Lovren has had an impressive World Cup for Croatia so far, lining up alongside Domagoj Vida on a regular basis. The 29-year-old Be?ikta? defender is another player that Biscan has identified as an ideal target for Jurgen Klopp this summer. 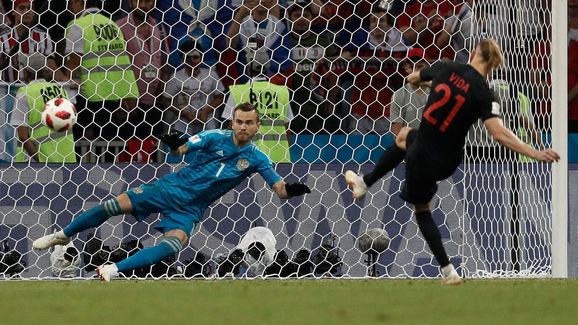 “Domagoj Vida is a great player and a great centre back because of his size and his mobility. He brings a lot to a team and helps create great team spirit. His positioning and reading of the game is really good. He also scores a lot from set pieces so he can guarantee at least five goals per season, which is a great trait to have as a centre back. He would be a great addition to this Liverpool side.”

The Reds have bolstered their midfield with the signings of Fabinho and Naby Keita this summer, with Biscan believing the latter could be influential for Liverpool, with the ability to replace Emre Can in the heart of the Liverpool midfield. “I like Naby Keita a lot. He could be as influential as Sadio Mané was when he arrived. From what I’ve seen he is great on the ball and experienced enough so that hopefully he won’t need that much time to adapt to the Premier League. He will hopefully be able to fill the shoes of Emre Can who ?has gone over to ?Juventus. He is a great signing.”