Chelseaare gearing up to unveil Maurizio Sarri as their new manager as they look to bring an end to the saga that has shrouded the club in uncertainty for most of the summer.

The Blues announced their parting of ways with Antonio Conte on Friday morning. Sky Italy are now reporting that a deal with Sarri is cut and dried, with the former Napoli coach penning a deal to become the next hot seat occupant at Stamford Bridge.

Sky are also reporting that Blues legend Gianfranco Zola will join Sarri and make a sensational return to the club whose fans he dazzled on countless occasions during the late ’90s and early 2000s.

Sarri, who hasn’t won anything just yet but has made quite the name for himself as one of the best attacking coaches in Europe, should have an easier time dealing with the Blues’ board as he claims to simply coach whoever is put before him.

His playing style contrasts Conte’s and it’s likely that his arrival will see the re-introduction of the 4-3-3 to the squad, who have been playing in a three-defender system for the past two seasons.

Meanwhile, Napoli midfielder Jorginho is expected to join the Italian at Stamford Bridge this summer. Chelsea are reported as having hijacked Manchester City’s transfer for the Brazilian, with Aurelio de Laurentiis echoing as much this week. 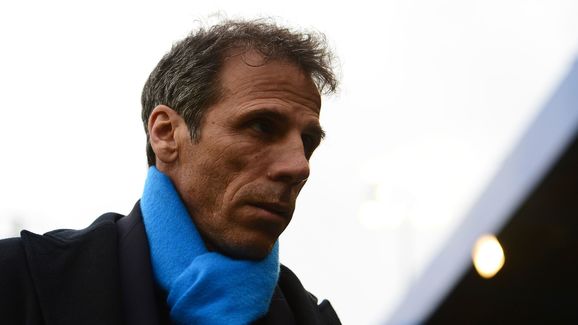 So, after quite the stagnant period at Stamford Bridge and Cobham, things should be getting underway, as it relates to transfers, pretty soon.