As Antonio Conte departed ?Chelsea in relative incongruity after a two year stint in west London, the air around the club felt more ruthless than usual. Obviously, modern football is a cutthroat business, and almost no one has profited as much as the Blues in accordance with this fact, but this sacking felt particularly cold.

To start with, there was the insulting nature of the ?statement itself, especially in comparison to previous iterations – as illustrated below. It was as blunt as it gets – 61 words (seven less than the 68 games he won as manager), no thank you, not even a speckle of gratitude.

Despite outlining the reasons for which the club should explicitly be grateful – “In the title winning season, the club set a then-record 30 wins in a 38-game Premier League season, as well as a club-record 13 consecutive league victories” – there was no parting handshake extended for a job well done. Even Andre Villas-Boas was afforded a more glorifying farewell.

Of course, the circumstances surrounding Conte’s demise are different to any Chelsea manager in recent history. Sure, similar themes have cropped up, but the breakdown in relations that has occurred seems to run deeper than any that has come before, even Jose Mourinho.

The comparisons with Mourinho are fascinating and plentiful – which is presumably why there is so much needle between the two. They’re cut from the same cloth, and clearly despise that fact.

They both won the ?Premier League in their debut season, revolutionising English football in the process.While the Portuguese tactician pioneered the 4-2-3-1 system, Conte popularised the 3-5-2 system that has now infiltrated the league, as well as the national team. Now, generally speaking, I imagine if you were to survey a group of Chelsea fans, they would proclaim Mourinho the superior coach. Fair enough, he is the most successful manager in Chelsea’s history, trophy-wise, and captured the hearts of all those in blue in his two periods in charge.

But who had the harder job? In terms of a competitive league, Conte had far more rivals for the title going into the 16/17 season, and outwitted the largest compilation of ‘superstar’ managers a league has ever seen. Additionally, Mourinho entered the west London fray in a more fruitful era – the grass was green, the money was flowing, the possibilities were endless and the obstacles scarce.

Juxtapose that with Conte’s arrival coming off the back of the worst domestic season since 1995-96, and the Financial Fair Play restrictions, combining with Chelsea’s sudden consideration of the purse strings, affecting his outlay possibilities.

While Chelsea were top dogs in 2004 – admittedly in part thanks to Mourinho’s ‘special one’ demeanor – there were few predicting a Chelsea triumph in 2016. For once, the club were relative underdogs. They had been displaced as the toughest, richest kid on the block and become, if not plucky, the intrepid outsiders. 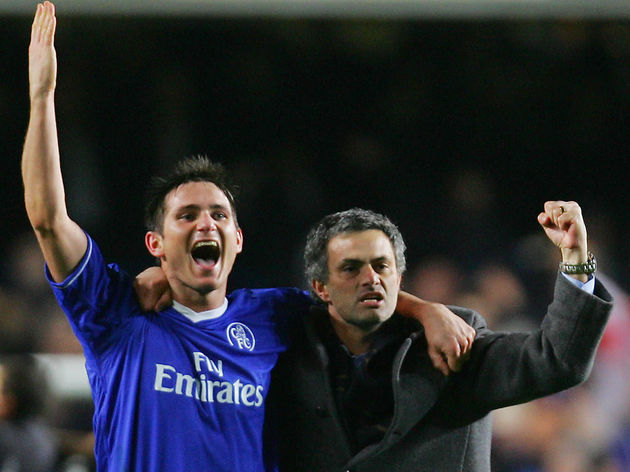 While Mourinho spent the majority of his tenure feverishly trying to create such a narrative, Conte had it organically, and used it with gusto – the histrionics that followed each and every bulging of the net coming across as charming instead of artificial.

In light of this, Chelsea’s ensuing title victory in 2016/17 felt different. Maybe this is naive, but it felt like there was an inkling of goodwill directed at this side from the outside world, certainly more than was granted to the grizzled and largely despised outfits that had succeeded before.

In all honesty, though, the argument for Conte over Mourinho rests on the intangible rather than the practical. While Mourinho, save for the Champions League, achieved all he could at Chelsea, the Italian’s reign was one tinged with what could’ve been.

In the summer of 2017, before the sourness built up, there was a feeling that the Italian could engineer a mentality shift that would put Chelsea at the forefront of European football once more, but with a focus on aesthetics. He had done it the hard way in the season preceding, but he wanted do it the right way in the future.

Probably the best 5 aside team in the world! ? pic.twitter.com/JBDSzdZjdh

Crushingly, this opportunity wasn’t afforded to him. The same trust that Mourinho was emboldened with was never on the table for Antonio, and he suffered accordingly. Considering the cash that has already been needed to replace him, and what will be required to provide Maurizio Sarri with a chance in the upcoming season, their trust seems to have been misplaced.

Perhaps I’m riddled with recency bias, but I fear Conte’s drawn out, bitter exit will be rued more than Mourinho’s ever was. It was an opportunity missed, for all involved.