What are ?Chelsea? Chelsea’s whole identity is built around three simple concepts: money, trophies and defensive football. Since the beginning of the Abramovich era, this what Chelsea have represented.

With this in mind, Maurizio Sarri is a particularly odd choice for the west Londoners. Sarri has been a journeyman of Italian football, spending the first ten years of his managerial career drifting between the second and sixth tier of the Italian pyramid. Sarri’s big break was the job at Serie B side Empoli, taking them up to ?Serie A at the second attempt. In his first season in the top tier, he guided Empoli to 15th place, before moving to Italian giants ?Napoli. At Napoli, Sarri performed admirably, finishing second, third and then second in his final season with the side. Last season was Sarri’s most impressive, finishing within four points of perennial champions ?Juventus after running them close for the title.

What makes Sarri odd for Chelsea is that he does not have a long record of previous success to match any of his predecessors. The Italian merely has a few seasons in which he put the pressure on, but gained no silverware – the Spurs model, if you will.

Chelsea are famous for managerial sackings even when managers are winning trophies, so for Sarri to become settled at Chelsea he must have his greatest season as a manager – a difficult thing to ask for manager venturing outside his native Italy for the first time. If Sarri fails to be an immediate success then like those before him, he will face the chop. 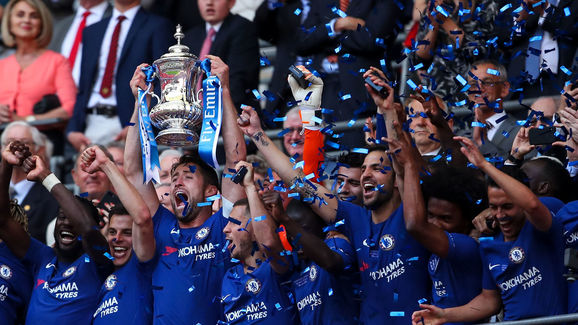 Part of the reason as to why Sarri has risen up the divisions without significant success is due to his style of play – free flowing attacking football, which has in the past bailed him out of any criticism. This is a huge break away from tradition for Chelsea, normally preferring managers who have a ‘win at all costs’ attitude no matter the style of play, whereas Sarri is the polar opposite.

It will be interesting to see whether a side so used to playing defensive football will be able to adjust so rapidly to a different style of play. Perhaps it will invigorate a side who are begging to be cut loose, away from the shackles of defensive football. Alternatively, the Chelsea players could be unable to cope with this drastic change, leaving the Blues in freefall and in danger of dropping out of the top six. Sarri has many problems to sort out. For a start, it appears the endless pockets of Roman Abramovich have dried up, with the likes of ?Manchester City, ?Manchester United and ?Liverpool now outspending the Londoners. He also has to contend with wantaway stars such as Eden Hazard and Thibaut Courtois. Perhaps if Chelsea had appointed a big name manager such as the absolutely unavailable Zinedine Zidane, then the two Belgians would be more inclined to stay.

As always with Chelsea, this season will either be an outstanding success or an unmitigated disaster, with no in-between. Sarri could lead Chelsea to glory, playing a expansive style of play not seen since the Zola era. Alternatively, he’ll be gone by Christmas.