??Atletico Madrid are hoping to reunite a World Cup-winning striker partnership, as reports claim they want to bring Olivier Giroud to the Wanda Metropolitano on loan.

With Antoine Griezmann having rejected Barcelona to stay put this summer, he could find himself playing alongside his international colleague. ?Sky Sports reports that Atletico have entered into talks with ?Chelsea about signing Giroud.

It is believed that Chelsea would prefer to sell Giroud permanently so that they could reinvest the cash in a new striker. The Blues are lacking in the attacking department, with Giroud, Alvaro Morata and Michy Batshuayi as their only centre forwards.

Giroud joined Chelsea from Arsenal in January, scoring three goals in 13 appearances for his new club. However, the change of manager at Stamford Bridge could see his stay cut short prematurely.

Despite France’s World Cup triumph, Giroud was not among their best performers. In 546 minutes of football he neither scored nor even registered a shot on target, in contrast to teammates Griezmann and Kylian Mbappe, who scored four goals apiece. 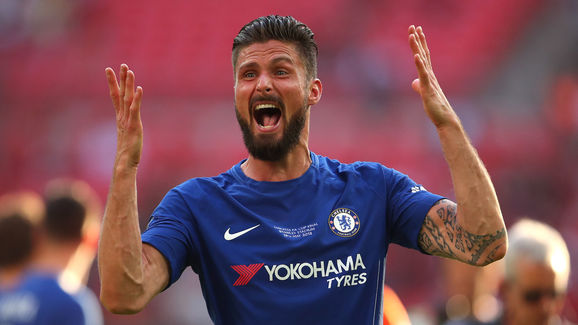 However, that does not mean he contributed nothing. He provided the assist for one of the tournament’s best team goals: Mbappe’s second against Argentina.

He is usually lethal for France, scoring 31 goals in his 81 caps for Les Bleus.