??Chelsea are believed to be interested in signing ?Napoli forward Jmanager

According to CalcioNapoli24, Chelsea manager Mauricio Sarri is eager to lure his former star to Stamford Bridge this summer, having managed him for three seasons in ?Serie A. It looks set to be a summer of real change for the Blues, as Sarri looks to put his own stamp on a Chelsea side who endured a torrid 2017/18 campaign under fellow Italian Antonio Conte. 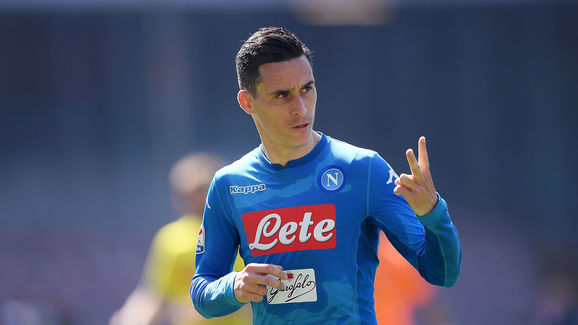 However, the Blues may be thwarted in their quest to sign more players from Sarri’s former side, after Napoli president Goal,

“After that, he wanted to take my whole team to England and dismantle it. I had to lay down the law to Marina (Granovskaia, director at Chelsea).