?It’s a turbulent time to be a ?Chelsea fan, that’s for sure. With yet another manager sent packing despite winning silverware, and seemingly every other top club in Europe eager to get their greasy mits on our best players, it’s been a more unsettling summer than usual.

The biggest question mark at the start of Maurizio Sarri’s (hopefully not brief) reign at Stamford Bridge is what the future holds for Belgian duo Thibaut Courtois and Eden Hazard, who seem destined to join ?Real Madrid this summer. The news has been met with horror by a significant proportion of the Blues faithful, but in truth, it could prove a blessing in disguise. On his day, Eden Hazard is Chelsea’s most fluid and exhilarating player since Gianfranco Zola, there’s no denying it. However, if you watch Chelsea week in and week out, you’d struggle to make a convincing argument that the 27-year-old is simply invaluable to the club. It’s a harsh truth, but time and time again, Hazard has come up short in big matches for the Blues.

Last season was a particularly dark chapter for the club, as a clear lack of planning from the board left Antonio Conte with a shoestring squad to challenge across four competitions. Understandably, things went sour – and it is at these times that you must rely on your best players to stand up and be counted. Hazard didn’t so much stand up as recline in a deckchair. 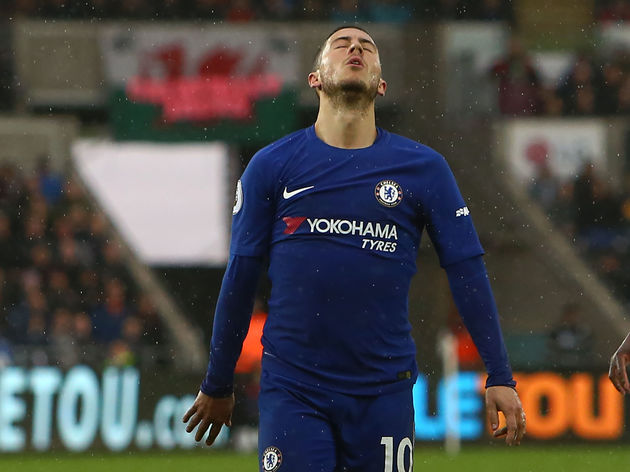 Let’s face it, Real Madrid are going to offer silly money for Hazard. They have it to spend, and they need a marquee signing to fill the void left by Cristiano Ronaldo and placate their ever critical fan base. Should Chelsea cash in, they would have more than enough money to replace Hazard, and perhaps reinvest further funds into reshaping the increasingly creaky defence.

Gone are the days where Chelsea could just blow their rivals out of the water with their spending power – it seems that the likes of ?Liverpool and ?Manchester City are now the chequebook champions, having both assembled formidable looking squads by investing enormous sums of money in recent months.

£70m + £75m on a goalkeeper and defender. I’m sorry, but no Liverpool fan can defend their integrity no more – those who have criticised and ridiculed Chelsea for spending over the years; you cannot defend yourselves no more.

Balancing the books is now the order of the day at Stamford Bridge, and there’s no chance that Chelsea are going to bring in the calibre of players needed to strengthen the side without parting company with Hazard. With around £170m being pumped into the club, Sarri could work wonders, even in today’s ludicrously inflated transfer market.

Then there’s the Thibaut Courtois situation. A close friend to Hazard both on and off the field, the Belgian beanpole could well look to follow his international teammate to the Bernabéu to continue their brotherly bond. In short, Courtois is far from indispensable, and was lucky to avoid more widespread condemnation for some of his shoddy performances last season. 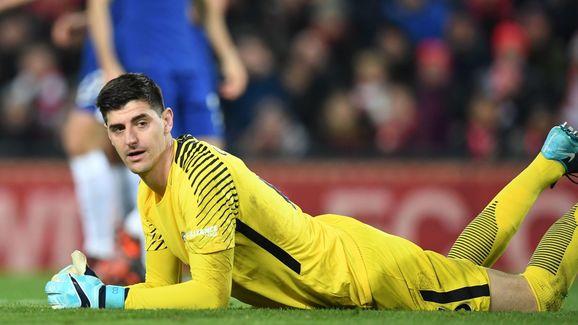 Selling the 6ft 5in giant would benefit Chelsea, who could do with a fresh pair of safe hands in goal. ?AC Milan’s Gianluigi Donnarumma has been suggested as possible replacement, and the wonderkid teenager would be a splendid choice. At the age of just 19, the youngster is already an Italian international, and has potentially two decades of top class form ahead of him.

Should Chelsea not opt for Donnarumma, they could look to address another issue in the squad: The lack of homegrown players. ?Stoke City stopper Jack Butland is bound to get a move away from the Potters in this transfer window, while his international teammate and England World Cup hero Jordan Pickford could well be tempted away from ?Everton.

The Blues would make a big statement by signing England’s number one, who has had a taste of the big time at the World Cup, and will be eager to push his career further. With the combined fees from Hazard and Courtois, Chelsea would have enough money to sign Pickford, and redistribute the rest of the funds throughout the side, strengthening where necessary.

It’s never nice to see top quality players leave the club. Hazard and Courtois have both had some golden moments in royal blue, and will not be forgotten at Stamford Bridge in a hurry. However, Chelsea Football Club are so much more than just two players, and if the Sarri era is to be a success, selling the pair is simply a must this summer.