??Bayern Munich midfielder Thiago appears to be a man in high demand, as ?Chelsea and ?Manchester United have now joined the race to sign the Spaniard.

The ?Bundesliga giants are believed to be looking to sell players in order to reduce the size of their first team squad, and Thiago has been mooted as one of the players who could be set for a departure from the Allianz Arena. ?ESPN sources claim that Manchester United and Chelsea have both enquired about the 27-year-old’s availability, but they face competition from ?Manchester City and ?Barcelona to secure his signature.

Hasan Salihamidzic, Bayern Munich’s sporting director, told German outlet ?Suddeutsche Zeitung that the team were planning on keeping Thiago, instead hinting that one or two other central midfielders in the squad would be sold. However, Thiago appears to be generating the most interest, meaning he may be the player who is sold.

The Spaniard is widely regarded as an incredibly gifted technical player and has excelled during his time at both Barcelona and Bayern. He came close to joining Manchester United in 2013, before Guardiola swooped to bring Thiago to Munich.

However, he has struggled with injuries since joining and missed a sizeable chunk of his first two seasons with the club as a result of various serious injuries, eventually finding fitness from 2015 onwards. 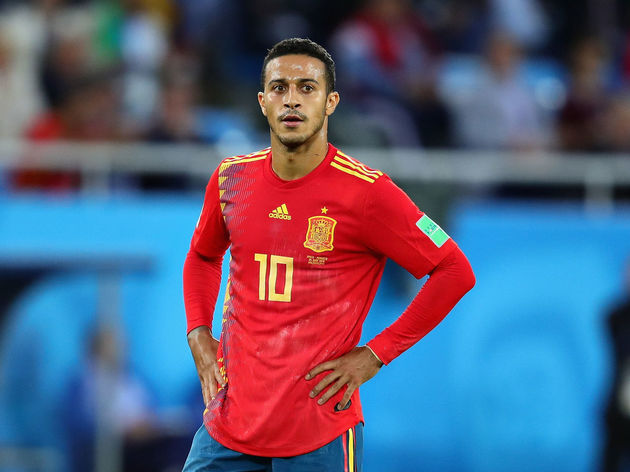 Last season was another injury-stricken campaign though. He missed 14 ?Bundesliga games and, with the arrival of ?Schalke 04’s Leon Goretzka, could find himself falling down the pecking order in Munich.