?There is hardly a more relaxing job in football than being a third-choice goalkeeper. They are paid a good wage, get to play football in training, and then sit and watch a football match every week.

Obviously they need to be at a high enough level that they would be able to fill in for the team in the event of injuries or suspensions to the two primary goalkeepers in the squad, but it’s fairly unlikely that the third-choice shot stopper is ever going to get a run out. However, ?Chelsea fans will know the importance of a third-choice goalkeeper. In a clash against ?Reading in October 2006, Petr Cech sustained a horrific head injury which almost cost him his life (and is the reason why he still sports his rugby scrum cap).

Deputy goalkeeper Carlo Cudicini was brought on to replace Cech, but was then knocked unconscious and forced off the field. John Terry finished the match in goal before Henrique Hilario, third-choice at the time, swiftly became Chelsea’s only option and made 18 appearances that season.

However, he is the only third-choice goalkeeper to have made any real impact at Stamford Bridge in recent memory. The position is, barring horrific injuries to two other goalkeepers, one of the least valuable on the team. 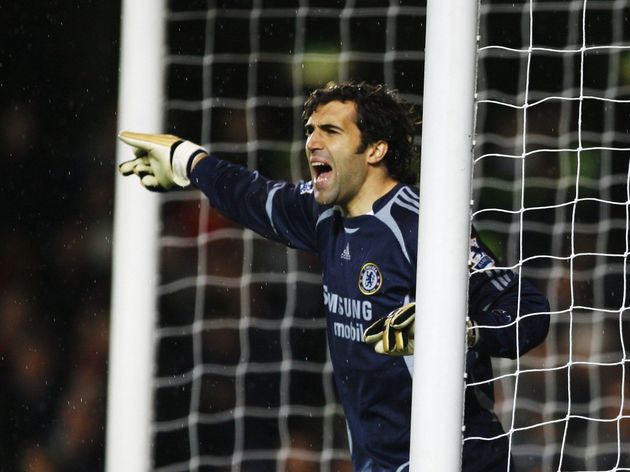 Since 2015, Chelsea have paid out big wages to Marco Amelia, and then Eduardo, to be third-choice options. However, neither made a competitive appearance for the first team. When it comes to squad registration rules, their presence in the squad has been baffling.

?Premier League rules require teams to submit a squad of up to 25 players, eight of which must be developed in England. During their separate times at the club, Amelia and Eduardo occupied one of the 17 spots for foreign talent which meant that Chelsea, a team who has historically struggled to develop talent, were required to dip into the transfer market.

Ross Barkley, Gary Cahill and, most bizarrely, Danny Drinkwater were all vital members of the squad, despite not contributing much on the field. Their value to Chelsea came with the fact that they were home-grown talent. Now that 35-year-old Eduardo becomes the latest Chelsea player to join Vitesse on loan, Green appears set to occupy the third-choice position. Finally, a player who will make up one of the eight home-grown players.

This means that there is now one extra spot in the squad which can be occupied by a foreign player. The club do not need to spend £35m on players like Drinkwater. Instead, they can spend that money on a player who will contribute to the squad. Think of the names that Chelsea have been linked to: Leon Bailey, Anthony Martial, Gonzalo Higuain, Edinson Cavani, Thiago and Sergej Milinkovic-Savic are just some of the high profile names. The beauty of having Green in the squad is that any one of these players could be signed and easily included in the squad.

?Manchester United used this logic when they signed Lee Grant earlier in the summer, whilst Richard Wright enjoyed four years at ?Manchester City between 2012 and 2016 without ever making a competitive appearance for the club. Having these players around allowed them to sign some incredible foreign talent. Chelsea’s transfer strategy in recent years has often been comedic. Players who will never appear for the first team have been signed and added to the loan army, leaving fans and critics questioning the logic behind the club’s transfer system.

The club has never been concerned by the presence of a home-grown third-choice goalkeeper, so signing Green, who is clearly past his best, would suggest that this in now being taken into consideration.

This could be a sign that the club has big plans up their sleeve. Keep an eye on the entrance door at Stamford Bridge.