??Chelsea boss Maurizio Sarri has made ?Bayern Munich striker Robert Lewandowski his top target for what remains of the summer transfer window.

According to the Daily Star, the 29-year-old has always been ?Juventus 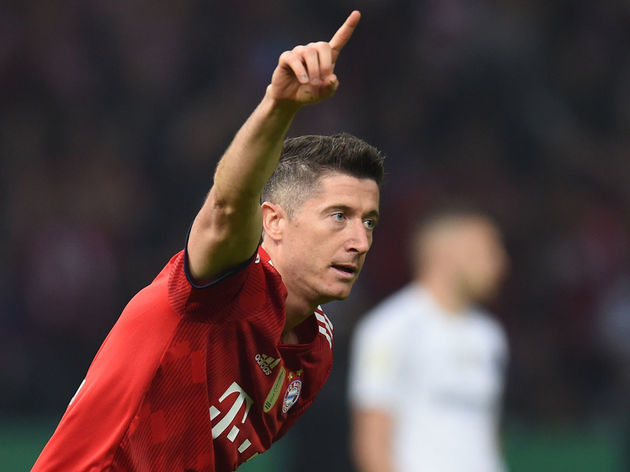 The Star reported that Spanish giants ?Real Madrid are also eager to sign the Poland international, who is valued at £80m-plus.

But the ?Bundesliga outfit are refusing to allow Lewandowski to leave after four years of service at the Allianz Arena, during which he has scored 106 goals in 126 appearances.

Since Sarri’s arrival Jorginho and Robert Green have joined Chelsea, and time is running out for the Blues to make further moves as the window in England closes in ten days.

Bayern, however, have maintained their hard-line stance with Lewandowski despite the striker telling them he wants to quit, and the club have struggled to find a suitable replacement.

Yesterday new boss Niko Kovac once again reiterated that the ?ex-Borussia Dortmund star, who is under contract to Bayern for another three years, was going nowhere.

“He will not leave this club,” he said, via the ?Star. “We certainly don’t want to let him go.

“It’s true that Robert toys with going elsewhere. One thing is what he wants, and the other is what we want.

“It’s our decision. Robert has a contract – I don’t know how long – and will stay here as long as possible.

“We want to achieve a lot with him. He is a great footballer who has already achieved a lot in the Bundesliga, has scored many goals and will now score many goals in the new season.”