?Chelseaforward Alvaro Morata has admitted that he went through something similar to depression last season.

The Spaniard came in as the club’s record signing last summer, joining from Real Madrid in a £58m move. Yet despite hitting the ground running, his form would hit a dreadful dip towards the turn of the year. 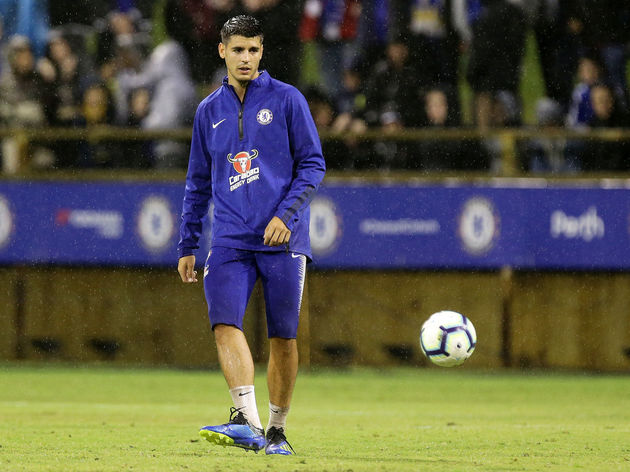 Morata ended his first Premier League season with 15 goals, but his struggles saw him dropped from the Spain national side for the World Cup, leaving him in a very bad state.

“Probably it’s not depression, but it’s similar,” Morata said in an exclusive interview with the Mirror.

“I began well, but after I had these things. I had pain in the back. I don’t know why. I did a lot of things to try to recover but I couldn’t and I didn’t know why. It was hurting in my head.” 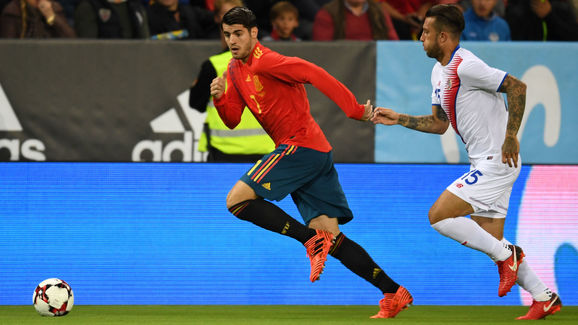 The striker revealed that a late call from former Spain boss Julen Lopetegui informing him of his exclusion from the World Cup squad drove him to tears.

“I don’t mind admitting there were a few tears,” he remarked. “The manager called me at midnight and told me, ‘You are not in my plans.’ I am 25 years old. The World Cup was everything for me.

“I lived Real Madrid, with all the perfect things to grow up. I came to Chelsea to be in the squad for the World Cup, to get the chance to play in the starting eleven. But these things only make you grow up and make you stronger.

“The next day, I had a publicity shoot with Hugo Boss in a square in Madrid and I couldn’t put the right face. I knew there would be a lot of journalists asking me about the World Cup. I was supposed to be with Harry Kane and Philippe Coutinho, but I escaped.

“I went to Italy with my wife.”

The player and his wife are now new parents, with the latter giving birth to twins Alessandro and Leonardo last week. He has since changed his squad number from 9 to 29 as a gesture of appreciation for his two boys.

“Leonardo is the calm one and Alessandro is a little bit crazy!” he explained gleefully. “But it’s incredible, you can see the character already after a few days and you can tell the difference.” Morata was a substantial amount of verbal abuse after missing a penalty in a pre-season friendly against Arsenal, but he’s blamed his poor performance on the three rough nights he spent in hospital with his wife and is ready to move on.

“I needed to be there with my wife,” he claimed. “But the only thing was I ended up with pain in my back, as the bed was too small. After I came back and I played against Arsenal, so it was a bit difficult, but now we have finished the travelling and the pre-season. Now we are ready for the season.”