Evertonare said to have reached an agreement with ?Chelseafor the transfer of French defender Kurt Zouma.

The centre-back spent last season on loan at ?Stoke City and has attracted interest from both the Toffees and ?Manchester United, with the ?Premier League’s transfer window nearing a close. 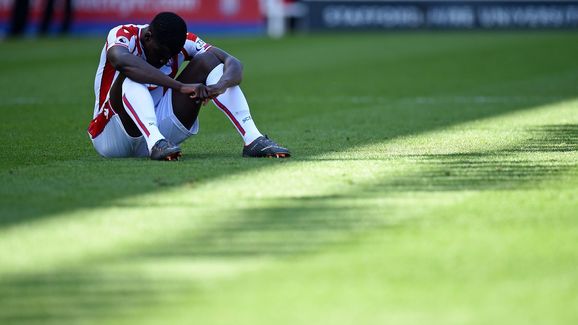 According to French source L’Equipe, the Merseyside Blues have made major headway in negotiations with their London counterparts and will sign the player following a medical.

“Everton has an agreement with Chelsea to get the loan from the International French Kurt Zouma,” L’Equipe reporter Bilel Ghazi posted on Twitter. “The Toffees must now complete the formalities around the arrival of the player before 1800 hours.”

The Toffees had made Barcelona’s Yerry Mina a target, along with United, and had previously agreed over a €32m move. But talks have dragged on and they are said to have sought out Zouma out of frustration.

The 23-year-old joined Chelsea from Saint Etienne in 2014 and seemed destined to cement himself as a staple in the back line. However, a ruptured knee ligament suffered in 2016 slowed down his progress considerably and he now appears to have no future at Stamford Bridge.

New boss Maurizio Sarri is understood to have left Zouma out of his plans for the season ahead and won’t be against him leaving the club.