??Huddersfield striker Steve Mounie has expressed his confusion over Jorginho’s penalty in ?Chelsea’s win over the Terriers, believing it should have been ordered to be retaken.

Mounie asked for the referee to explain his reasoning to Huddersfield’s players as he didn’t understand why the goal was allowed to stand. He did not directly criticise the referee’s decision, however – an action that can land players and managers in trouble with the FA. 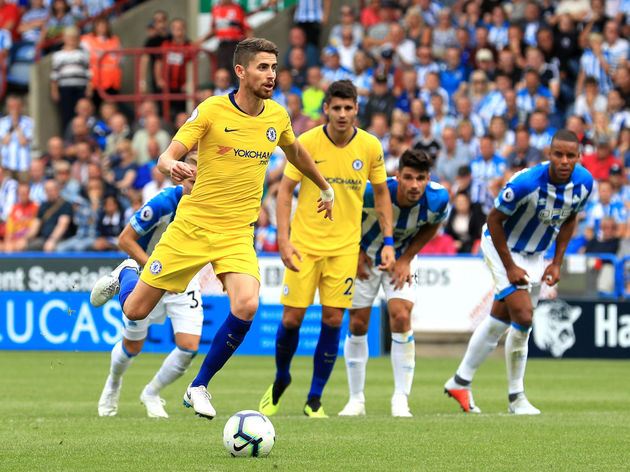 As reported by to GiveMeSport, the Benin international Mounie said: “It was weird. He jumped before the penalty and Ben [Hamer] had already dived, so I don’t know why the ref didn’t make him retake the penalty.”

“It was a little bit weird. The ref needs to explain that to us because I don’t understand why (it was not retaken).”

Chelsea’s summer signing Jorginho did feint during his run-up to the penalty, making goalkeeper Ben Hamer dive in the wrong direction as the Italian international slotted into the opposite corner for a debut goal.

However, the Brazilian-born midfielder did not stop during his run-up.

As per a 2010 modification to the rules surrounding the run-up when taking penalties – Rule 14.2 – a player is permitted to use a stutter step or a hesitation move provided there is no stopping and there is continuous movement towards the ball.

The goal put Chelsea two ahead in the match, having already taken the lead through N’Golo Kante’s scuffed volley. The Blues added a third from Pedro late on to give the London club a commanding opening weekend win to start their new Premier League campaign.