?Chelsea striker Alvaro Morata claims that there was “never a thought” in his mind that he would leave Stamford Bridge this summer, despite a tough start to life in the Premier League.

After six goals in his first six games for the Blues last season, Morata only scored five more all season and struggled to keep his place in the team after the January arrival of Olivier Giroud. 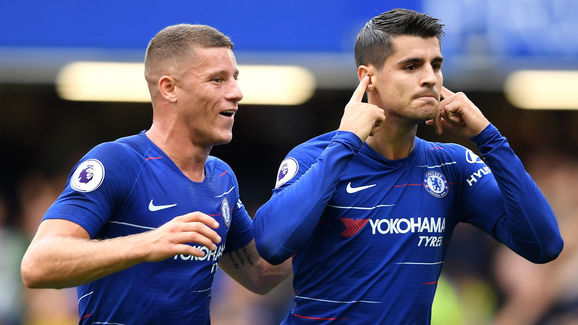 But the Spaniard has been restored to the ?Chelsea lineup under Maurizio Sarri, starting all three games under the Italian’s management so far and repaying that faith with his first goal of the season on Saturday in the ?win over Arsenal.

Morata is aware of the criticism that has come his way but his focus is on improving for the team rather than proving his doubters wrong.

“There was never a thought for me to leave,” Morata said, quoted by ?ESPN. “For me, it’s easy. I could have gone back to Spain or Italy, all the people believe in me there but I want to change all the things here. I want to, not for all the haters, but for me and for Chelsea.

“I am looking forward to buying a house and I can’t wait for the babies to grow up to put them into school. I am very happy and it’s just the beginning of the new season. Why would I not be happy? I want to change all the thinking from the people who say I’m not.

“It’s the only reason I stay here, otherwise if Chelsea said you are not in our plans, I move.”

Morata’s goal was the first he has scored since he changed his shirt number to 29 in honour of his baby children, who were born on July 29 this summer.