?Aaron Ramsey’s future at ??Arsenal could be in doubt after contract talks stalled, with ?Manchester United and ?Chelsea poised to pounce.

Ramsey’s current contract expires next summer, meaning that Arsenal could lose him for free in 12 months unless they can step up their negotiations soon.

The current offer has been on the table since earlier in the summer and Arsenal ?reportedly remained “confident” as recently as Friday that Ramsey would eventually put pen to paper. 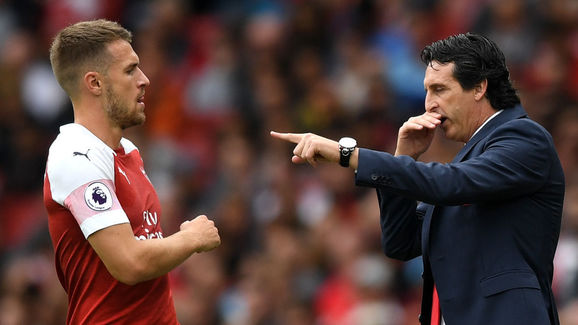 But with Ramsey entitled to start discussions in January about a free transfer, ?the Mirror claims that ?Arsenal are growing increasingly concerned about losing their longest-serving player.

A source within Arsenal told ?the Sun: “

“They could lose another one of their top stars if they are not careful. It’s a very delicate situation.”

This is indeed a familiar situation for Arsenal, who were forced to sell Alexis Sanchez to Manchester United in January to avoid losing him for nothing during the summer.

Having rejected a £60m bid from Manchester City in 2017, the Gunners eventually sold the Chilean for half as much just six months later.

They do not want to find themselves in a similar situation with Ramsey, who at the age of 27 could still fetch a good price.

Ramsey was benched for Arsenal’s visit to Chelsea on Saturday. He came on as a second half substitute but was unable to prevent the Gunners from slipping to a second defeat in as many games.