?The situation surrounding Tammy Abraham this summer was certainly a messy one. His immediate future with ?Chelsea was very unclear, and his long-term future was hardly much clearer.

Abraham was involved with Chelsea during their pre-season, but failed to make a matchday squad once Olivier Giroud had returned from the World Cup. He was reportedly the subject of a late bid from rivals ?Tottenham Hotspur, but Abraham remained at Chelsea. 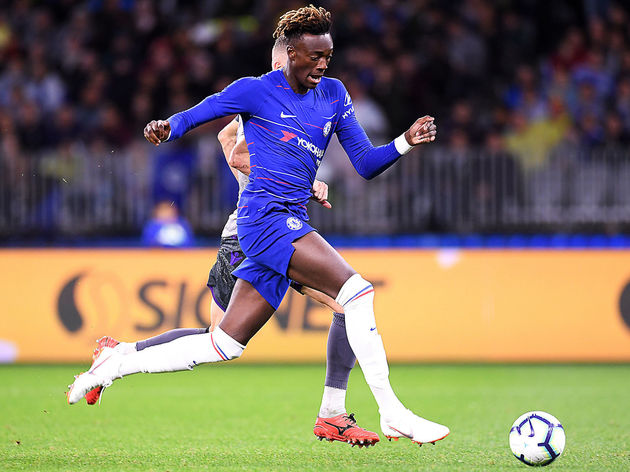 He eventually joined ?Championship side ?Aston Villa on loan, which was widely viewed as a step backwards in terms of his development, following a spell in the ?Premier League with ?Swansea City.

Abraham summed up the uncertainty around his future by telling ?Aston Villa’s YouTube channel that he was ensured he would be part of Chelsea’s squad this season, meaning he rejected advances from unnamed Premier League teams, only to be shipped out to the Championship at the last minute.

Many believe that the move to Aston Villa is pointless, as Abraham has already proven himself at that level. This is undeniably correct, with Abraham’s 23 goals with a struggling ?Bristol City side indisputable evidence.

Not a big fan of Tammy Abraham’s loan move to Aston Villa. He has already proven that he is more than capable of scoring goals in the Championship. But hopefully he can show at Villa how good he is and force himself back into the fold at Chelsea. #ChelseaFC #CFC pic.twitter.com/pXOoxnmJIb

However, life in the Premier League was not so prolific for Abraham. He netted five goals in 31 appearances for Swansea, which was an incredibly disappointing return for one of England’s most promising young strikers.

A temporary move to the Championship could be exactly what Abraham needs. Aston Villa are expected to compete for promotion, meaning they should be several levels above the Bristol City team of the 2016/17 season, giving Abraham more chances to perform.

At Swansea, Abraham endured a streak of 17 matches without finding the net, which will certainly have been detrimental to Abraham’s confidence. He fell out of the England setup, and was overlooked for the World Cup squad, which will also have been tough to take for the 20-year-old. If he can rediscover his prolific form, his stock will rise once more.

Come January, should Abraham have proven himself once more, he will be a very attractive option to any Premier League side who are lacking goals. Chelsea could always recall him, and send him to any interested team in the top flight, giving him a second chance in the Premier League.

It is even possible that Alvaro Morata, Chelsea’s current striker, fails to rediscover his confidence and goalscoring form. In that case, Abraham could return to Chelsea in January as a confident, dangerous striker, which is exactly what the Blues need.

This is only a step backwards if Abraham fails to seize the opportunity. 23 goals in the Championship is better for a young player’s development than a 17-game goalless streak in a higher division. Abraham will be surrounded by better attacking players at Aston Villa than he was at Bristol City, meaning he will be able to learn different ways of playing.

Overall it’s disappointing that Tammy Abraham is back in the Championship, after being there 2 years ago, but it’s probably the right move.

He needs to play, he’s just 20 & Sarri has now seen a decent amount of him.

Best of luck to Tammy.

At 20, Abraham is certainly still young. A spell in the Championship will not stunt his development, whether it be for six months or a full season. Struggling Premier League sides will still be keen on Abraham, especially if he becomes a prolific Championship striker once more.

If Abraham takes his chances, he will force his way into Chelsea’s plans for both the present and the future. Build up that confidence, and come back in the knowledge that you can make a real impact in the Premier League. It is only a matter of time.