Chelsea midfielder Mason Mount has revealed that he turned down a move to Southampton because he couldn’t stand to wear the Saints’ kit, given his love for Portsmouth.

The 19-year-old, currently on loan with Derby County, is viewed as a player who will break into the England side in the near future and is one of the most highly rated teenagers in English football. 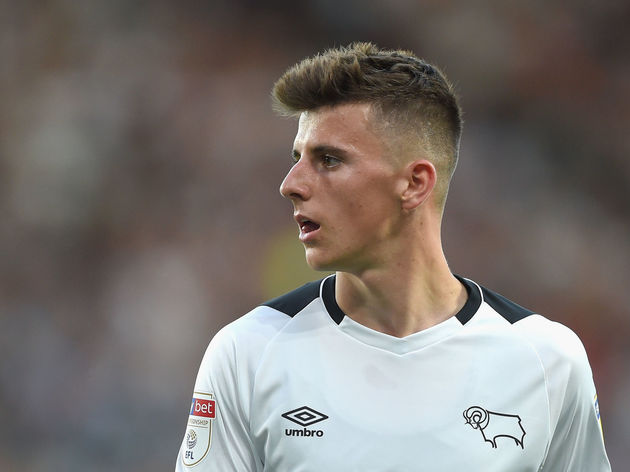 Mount has recorded four goals and one assist in his first eight appearances for the Rams so far this season, also scoring the winner for the England Under-21s against Latvia on his full debut on Tuesday.

The player was wanted by several clubs even before his teenage years. But he decided to go with Chelsea, joining the club as a six-year-old after training at boyhood club Portsmouth, as well as Southampton.

Portsmouth and Southampton are only 30 miles apart and their rivalry runs deep. So much so that Mount couldn’t stand wearing a Saints kit.

“Southampton wasn’t as tough! I went there and I had to wear the kit and just didn’t want to in training. No disrespect but I am a Pompey boy! I found it too hard wearing that kit.

“It was hard turning Pompey down but the difference between them and Chelsea was massive.

“Chelsea were a year or two ahead of what Pompey were doing with the facilities and the boys, who were so competitive.”

Mount also claims to love the defensive side of the game, despite being an attacking player primarily.

“I don’t just want to be an attacking player, who gets into the box and scores goals,” he added. “I want to do the dirty side too.

“Dad always said to me from when I was younger ‘You have got to do the dirty work.’

“He told me you can’t just be good on the ball. You have to track back, you have to make tackles and get stuck in.

“That’s always what he said to me and I always want to introduce that into what I am doing now.