It wasn’t always spectacular this afternoon for Chelsea, who produced a somewhat laboured performance following the international break. There will be few concerns over that for now though as the Blues ended the day with an emphatic victory.

Eden Hazard was in scintillating form and produced a hat-trick to almost single-handedly earn three points for his side. He’s going to be crucial for Sarri this season and if he can replicate that form Chelsea could go all the way to the title.

The Blues were an outside bet behind Jurgen Klopp and Pep Guardiola’s respective sides this summer, and Sarri feels that the situation has not changed despite his sides good start.

He was quoted by Football London, saying: “I cannot change my mind for one match. At this moment Liverpool and Manchester City are another step than us. But I think we can improve. My target is to be the best team in England, but not in one month – at the moment, in my opinion, Liverpool and City are better than us.”

Hazard added a brace for Chelsea to hand them the lead going in at half-time and got the chance to complete his hat-trick from the penalty spot late in the game. Willian also proved to be a key impact sub for the Blues, winning the penalty and then adding a fourth. 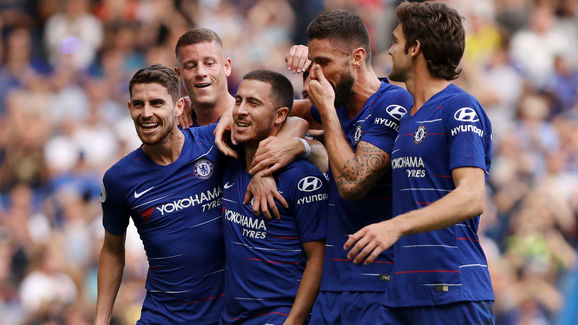 Sarri was full of praise for his talisman after the match adding: “I thought he was one of the best players in Europe, but now I change my mind that he is the best. I have spoken to him in the last two days, I told him for me he can score 40 goals. But spend less energy away from the goal and play in the last 25 metres.”

Sarri also reflected on where he felt his team could improve going forwards, most notably in defence. Poor marking led to Chelsea going behind at home to Cardiff, something that was definitely not in the script and made their afternoon all the harder. 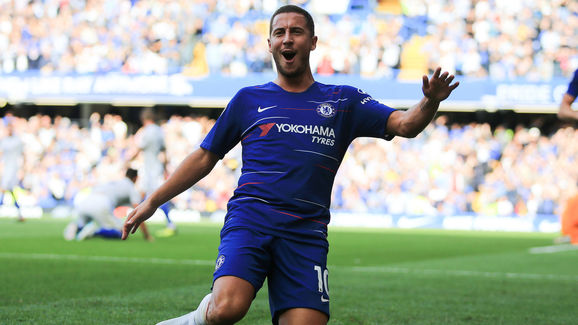 “I think in this moment we are very dangerous in the offensive phase but not so solid in the defensive phase,” Sarri added.

“We need to improve, but we are able to and can do very quickly.”