Hazard continued his brilliant start to the season with his first hat-trick since February 2014, providing a clinical finish for his first before a deflected strike and a penalty sealed the treble.

?Hazard has seven goals and three assists for club and country since the start of the season, and Sarri believes that the Belgian can maintain his form for the whole campaign, according to quotes from the ?Evening Standard.

37 – Eden Hazard has scored in more home Premier League games without ending on the losing side than any other player in the history of the competition (37 – W34 D3 L0). Charm. pic.twitter.com/fIjWJN7gOs

Asked if Hazard can win the Golden Boot, Sarri replied: “I think so. We have spoken and I told him he can score 40 goals. 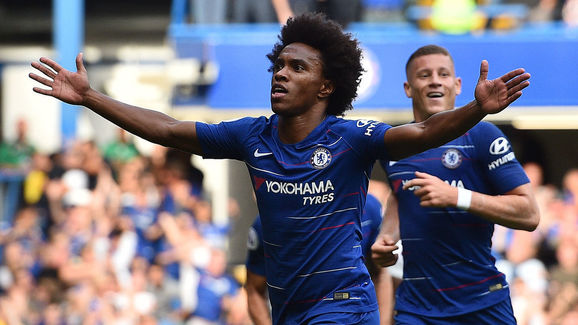