?Chelsea loanee Mateo Kovacic, who is on loan from Real Madrid, has said he did not realise just how good teammate Eden Hazard was until he arrived at the London club.

Kovacic insisted he knew the Belgian was a top player, but admitted to being shocked by just how impressive a footballer Hazard is. Having played with the likes of Cristiano Ronaldo at Madrid too, the Croatian knows a thing or two about world-class players.

Hazard spent the summer being linked with moves away from Stamford Bridge, most prominently to Real Madrid in the opposite direction to ?Kovacic, but the talented 27-year-old opted to stay at ?Chelsea. Speaking to the ?Evening Standard?HazardObviously I knew that he is a great player.

I am enjoying with him, with other players, because the team is really amazing, talented, and I think we can do great things this season.” 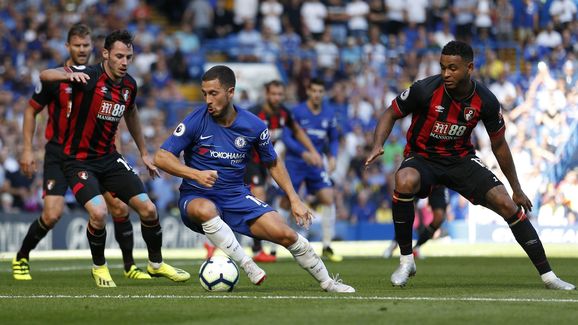 Hazard scored a hat-trick against ?Cardiff.

Chelsea have started their Premier League campaign under new boss Maurizio Sarri in inspired form, having won all five of their opening matches. They also beat Greek side PAOK 1-0 in their opening Europa League fixture in midweek.