West Ham and Chelsea were made to share the points in their first encounter of the season in a 0-0 draw at the London Stadium on Sunday.

The Hammers grabbed their first win of the campaign against Everton at Goodison Park last weekend and were hoping to hand Manuel Pellegrini a second straight win in this contest. 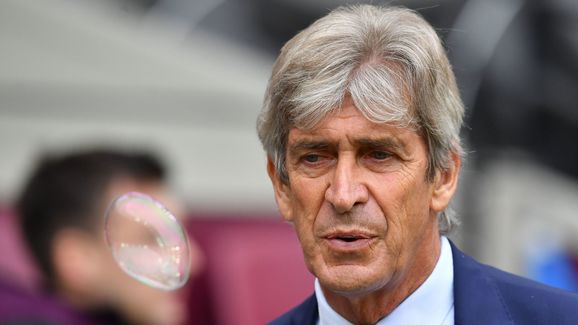 Maurizio Sarri’s Blueshad won all of their previous matches in impressive fashion but were held scoreless in the first half, with West Ham having a right go at the visitors’ goal themselves.

West Hamwere able to keep things level in the second half as well and actually got the best chance of the match, with Andriy Yarmolenkocontriving to put a free header wide from point-blank range.

Managed to catch the game. Looked like a deserved point to me. The Yarmolenko header was the big chance but that’s a great point for the Hammers.

They were also handed two big chances in the first half but Michail Antonio put the first way off target and Kepa Arrizabalaga stuck out a foot to save his next shot from a few meters out.

The Hammers did well to absorb the pressure and keep the Blues out as Chelsea controlled possession. However, they will rue their missed chances, especially the one thrown away by Yarmolenko who was the hero for them against Everton last time out.

Fabianski is a hero.

Yarmolenko should’ve won it for WHU.

This Chelsea team is absolutely beatable. Cant wait for next week

Pellegrini’s men were able to defend well for most of the game and also sprang some neat counters with great pace when they nicked the ball off Chelsea. They will go into the week feeling like they should have topped the Blues on this particular occasion, given the glaring opportunities they were presented over the course of the match.

Lukasz Fabianski: Sure Alvaro Morata’s goalbound shot bounced off his face. But the fact is it was goalbound and the Blues would have likely nicked a 1-0 win if he hadn’t bravely rushed out to get in the way.

Fabianski also made a late dive to stop a very good shot from substitute Ross Barkley to keep a point for his struggling side and his overall performance was indeed encouraging.

Worst Player: Overall, Yarmolenko had a decent outing for the Irons, yet he has to go down as their worst player after missing such a sitter.

How he managed to get such a clear, unmarked aerial strike off target certainly baffles and it will probably dwell on his mind for some time.

Chelsea dominated in the early going but took their foot off the gas approaching the end of the first half and allowed the Hammers the best chances in the period. They could have been behind 2-0 at halftime had Michail Antonio been more clinical.

Having started the match brightly, the Blues – possibly hung over from their Europa League exploits and delayed flight in midweek – looked a bit laboured heading into the second half. Eden Hazard was expected to have another great performance leading up to the match but the Belgian seemed more intent on giving Alvaro Morata a goal after the Spaniard came on in the second period.

Sarri’s insistence on playing N’Golo Kante out wide has finally proven somewhat ill-advised as the Frenchman did not look himself at all this time around and even spurned two good chances in the box.

Jorginho: The Brazilian was the man for Chelsea on a day when they played their poorest. Sarri’s summer signing controlled things in the middle of the park for his side and was helped by the fact that he was afforded loads of space.

Jorginho has made more than 80 passes so far today. He’s going well over 150 by the end of this one. #CFC #WHUCHE

Jorginho just did 11 passes to Willian, Hazard and Kante in the same 8 metre squared box in the centre circle. 100% pass accuracy. This guy is unbelievable.

Jorginho worked several impressive passes to unlock the Hammers’ defence and made a concerted effort to keep play moving forward. It’s very unfortunate that none of his remarkable passes did not end up being an assist.

Worst Player: Olivier Giroud had a terribly poor game up front for Chelsea and will look back on this one wishing he had done better. He was made to fight for scraps, admittedly, but he did fail to convert a good chance after being played in by Jorgino and hardly linked up with the rest of the attacking line as he has been known to do. 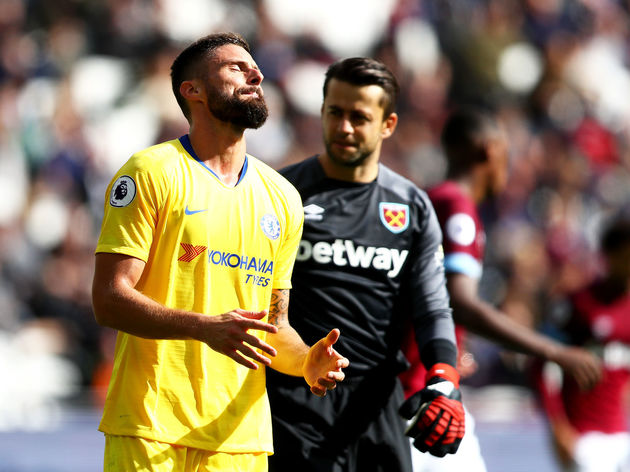 The French forward was eventually taken off for Morata and didn’t look at all pleased. But he only has himself to blame after giving such a poor account of himself.

The Hammers can feel pretty confident heading into their upcoming matches and can build on their defensive showing against the Blues.

As mentioned above, they will rue their missed opportunities, yet they should be proud of their efforts against a team such as Chelsea, who have been near perfect this season – barring Sunday’s performance. The Stamford Bridge side have a tough week ahead, with back-to-back fixtures against Liverpool coming up next week. Jurgen Klopp’s Reds are the only team who haven’t dropped any points so far this season and will be playing Chelsea in the League Cup on Wednesday and in league action on Saturday.

Sarri will surely be concerned after being held by West Ham and it will be interesting to see his reaction in the next few games.