A special goal from Eden Hazard condemned Liverpool to their first defeat of the season and their first home defeat since January as Chelsea moved into the fourth round of the Carabao Cup.

Both teams made eight changes but it was Liverpool who looked more like strangers, with the Blues on the front foot from the first whistle. Alvaro Morata got in behind the defence for the first big Daniel Sturridge missed a glaring opportunity in the opening seconds of the second half as he seized on Andreas Christensen’s terrible back pass and rounded Willy Caballero but couldn’t keep his balance as he rolled the ball wide of the open goal.

Morata headed over with another chance and Chelsea were made to pay when Keita wriggled past their defence and forced Caballero into a fine save. The rebound was behind Sturridge but he made amends for his miss with a terrific acrobat strike into the net.

Chelsea sent in the big guns of Eden Hazard and N’Golo Kante but they didn’t look like getting back into the game until a 79th minute free kick. Ross Barkley’s header was pushed away by Mignolet but Emerson was the quickest to react and poked the ball across the line.

Hazard then completed the turnaround in sensational fashion as he jinked in from the right, taking several Liverpool defenders out of the picture, before firing brilliantly into the net past Mignolet.

Now it was Liverpool’s turn to send in the big guns with Mohamed Salah joining Roberto Firmino on the field, but there was to be no repeat of last week’s late heroics against Paris Saint-Germain.

There’s no doubting that Jurgen Klopp has assembled a very strong starting lineup at Liverpool, but the first half of this match showed how they are still struggling for strength in depth, particularly in defence.

That was a first half to underline – as if it is necessary – how good/ important Andy Robertson & Jordan Henderson are.

As for Liverpool’s ambitions, should they have treated this competition with more respect? They are top of the Premier League after six matches but there’s plenty of time for that to change. The Carabao Cup is not the be-all and end-all for Liverpool, but any trophy would at least show that the Reds are moving in the right direction.

Picked up where he left off against Southampton on Saturday and didn’t show any signs of sulking after his early withdrawal from that match. Brilliant cross for Mane in the first half was the highlight but he was a livewire all night, even before Liverpool started playing well.

So many of our players showing exactly why they’re not starting games. Shaqiri an obvious exception. He’s just unlucky that he’s got Salah ahead of him. 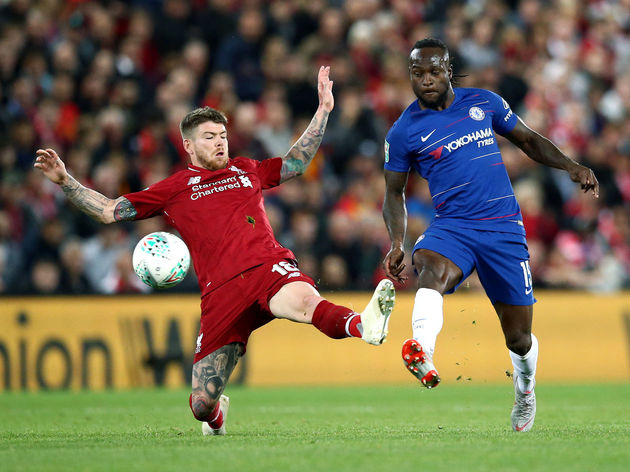 Proved why he doesn’t start in the league anymore as Moses gave him the run-around all evening. Got forward well but left far too much space open in behind and should have been punished in the first half. Eventually Hazard did punish him for the winning goal.

Different team, same old story for Chelsea. They we 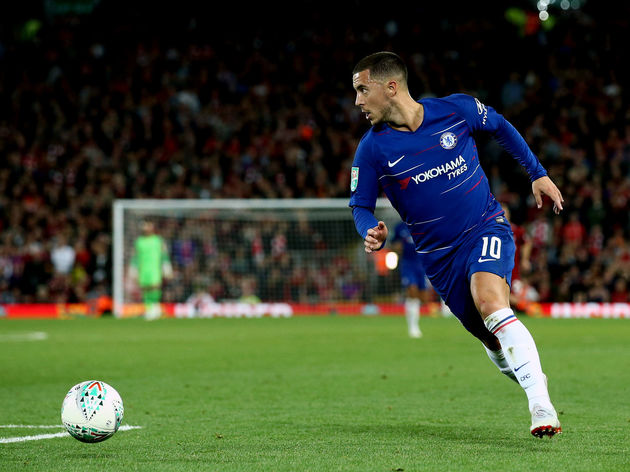 He only played 34 minutes and only did one noteworthy thing, but what a thing it was. An individual goal of breathtaking brilliance which only a handful of players on the planet are capable of. No defence in the world, let alone Liverpool’s second string, can live with this man right now.

Although he was lively, the Spaniard is ultimately going to be judged on his goals and in that department he is still lacking. Missed a golden opportunity to put Chelsea ahead which came back to bite them and also headed over after half time.

At this point Morata just needs to try & not score and maybe it will go in.

Two days of rest and then we do it all again on Saturday as Liverpool and Chelsea meet for the rematch in the Premier League.

It will be a very different match though, with Chelsea at home and both sides reverting to full-strength lineups in what will be a much sterner examination of each team’s credentials.