??Liverpool will host ?Chelsea in the Carabao Cup on Wednesday night, which is the first of two meetings between the two sides in the space of three days.

Jurgen Klopp’s side have enjoyed a perfect start to the new season, winning all seven of their opening games in both the ?Premier League and the Champions League.

Chelsea were also able to boast a perfect record until their goalless draw against ?West Ham United last weekend. They will be looking to recover some momentum against Liverpool ahead of the league fixture between the two sides on Saturday.

?Luis Suarez is no stranger to stealing the headlines, and he certainly did so in this Premier League clash between the two sides in 2013. Brazilian Oscar gave Chelsea the lead, only for Daniel Sturridge to come back to haunt his former team and level the scoreline. 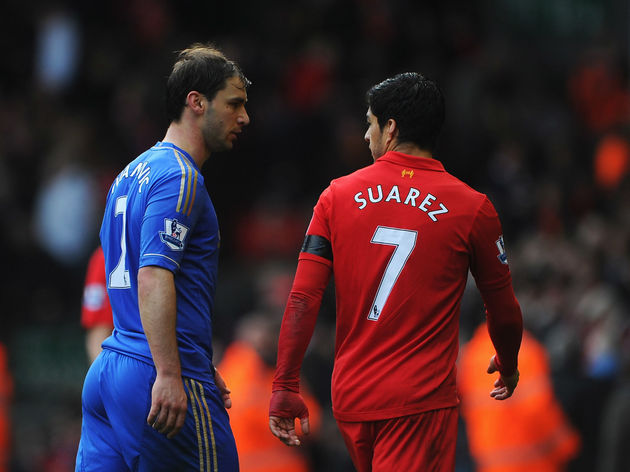 It was at 1-1 that Suarez grabbed the headlines. He gave away a penalty after a handball, allowing ?Eden Hazard to give Chelsea the lead once more, before the Uruguayan striker infamously bit Branislav Ivanovic.

The incident was not noticed by the officials, and Suarez was allowed to remain on the pitch to score a 97th-minute equaliser to rescue a point for the Reds, and deny Chelsea manager Rafa Benitez a victory on his return to Anfield.

With both sides likely to prioritise the Premier League clash on Saturday, some of the role players at the two clubs will likely be given a chance to shine. With this in mind, it could certainly be a big game for both Daniel Sturridge and Ethan Ampadu. Sturridge is on a mission to prove his fitness to the world, whilst also showcasing that he can still be relied on as a prolific goalscorer. The 29-year-old has netted twice in his five appearances this summer, with one of those goals coming in an impressive display against Paris Saint-Germain.

He will likely be Liverpool’s danger man, and will require a lot of attention from Chelsea’s defenders. In an attempt to keep his squad fresh, Maurizio Sarri will likely give Ethan Ampadu a well-deserved chance to impress, and the youngster will need another impressive showing to neutralise Liverpool’s attack.

As previously mentioned, Klopp and Sarri may use this match to give a chance to some of their squad players, in an attempt to keep their most important players fit for the crucial Premier League tie. For Liverpool, Virgil van Dijk will almost certainly not be risked after suffering a rib injury against Southampton. Klopp will likely give a chance to the likes of Simon Mignolet, Xherdan Shaqiri and Nathaniel Clyne, while new signings ?Fabinho and ?Naby Keita will also see some minutes. Dejan Lovren is back in contention after recovering from a stomach injury and could even start.

It will be a similar story for Chelsea. ?Antonio Rudiger and ?Pedro will certainly be rested as they recover from injuries, meaning there will be a chance for the fringe players. Ethan Ampadu, ?Ruben Loftus-Cheek, Andreas Christensen and ?Cesc Fabregas will probably be part of the team, and youngster Callum Hudson-Odoi may even be included.

With so many key players likely to be rested, the two sides will both be lacking some of the form and attacking flair which has been showcased in recent months, making it hard to draw any real conclusions. The result of the match could certainly come down to one mistake, as both teams have enough quality to capitalise on such an event. The Reds’ home advantage may just see them over the line. The weekend’s clash will, however, be an altogether different test.