?Cesar Azpilicueta is hoping to be named Chelsea’s new permanent captain this week after Maurizio Sarri confirmed he had made a decision regarding the role.

Sarri confirmed on Friday that he has finally settled on the player who will captain his team for the rest of the season. However, he is yet to tell the players or make it public because he wants to discuss the decision with the Chelsea bosses first.

Last season’s captain ?Gary Cahill has been an outcast since Sarri arrived, only playing 21 minutes of Premier League football, and ?Azpilicueta has worn the armband in his absence.

He seems to have done a good job, with ?Chelsea unbeaten after seven games, and ?the Telegraph understands that he is keen to retain the armband, despite the extra media duties that the captain must face.

The other candidate who could rival Azpilicueta for the captaincy is ?Eden Hazard. The Belgian has had a brilliant start to the season, scoring seven goals in eight appearances for the Blues. 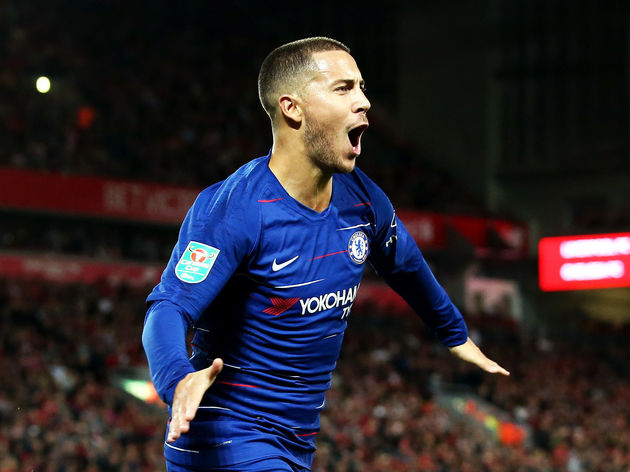 Giving the captaincy to Hazard would be a transparent attempt to convince him to sign a new contract at Stamford Bridge. However, it is not thought that this would affect his considerations.

It could also backfire, as Chelsea would find themselves looking for another new captain if Hazard leaves next summer. Much better to give it to Azpilicueta, whose loyalty has never been in doubt.

It is not thought that there would any ill will between Hazard and Azpilicueta regardless of who gets the nod. The two are good friends, having played together at Chelsea for six years since both arrived in the summer of 2012.