?Manchester United have been linked with a surprise January move for out-of-favour Chelsea centre back Gary Cahill as a solution to their defensive problems.

United have conceded 12 goals in seven Premier League matches so far this season – only four teams in the division have conceded more. Jose Mourinho had hoped to sign a centre back during the summer and ?United were linked with a whole host of options throughout the summer including ?Toby Alderweireld, Harry Maguire and ?Jerome Boateng, but much to their manager’s reported ire they didn’t sign any of them.

United clearly need defensive reinforcement but not many fans would have expected it to come in the form of ?Cahill, who has just 21 minutes of Premier League football under his belt so far this season.

Turin newspaper Tuttosport (via ?SportWitness) claims that Cahill and Olivier Giroud are both in line to leave ?Chelsea in January. Giroud is linked with Besiktas, while Cahill is tipped to join United.

Adding experience to the back line would not necessarily be a bad thing and United have also been linked with 33-year-old Swedish defender Andreas Granqvist this week. 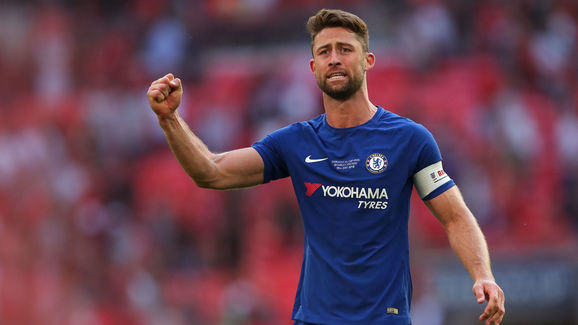 With Mourinho locked in a civil war with some of his players, the recruitment of a loyal servant could be a good move to turn his fortunes around. Cahill won the Premier League and League Cup during Mourinho’s second spell at Chelsea between 2013 and 2015.

Of course, any potential move hinges on Mourinho still being at Old Trafford come January. The Portuguese boss has no intention of resigning ?but feels a lack of support from key senior figures.