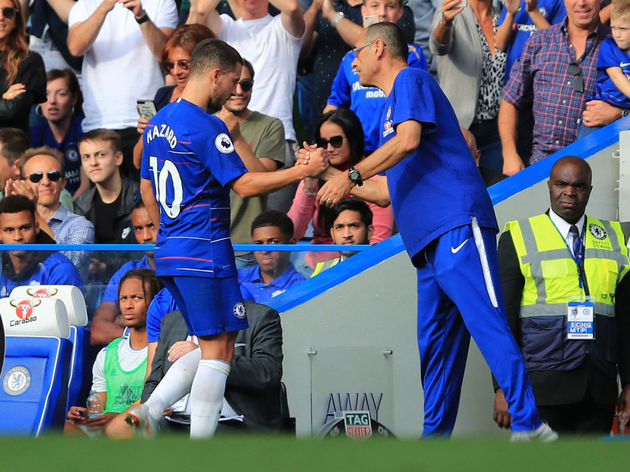 “It is easy to stimulate Hazard – as long as you let him have fun,” Sarri told ?Sky Sports. “He’s very easy, it didn’t need strategies from me. He doesn’t get influenced by the media and what happens around him. As long as he’s having fun and he plays. And he loves playing football.

“But you need important objectives for important players. And he can improve if he becomes a little bit more aggressive and gives the best of himself,” he added.

Moreover, the Blues boss conceded even he has been ‘surprised’ by how quickly his squad have adapted to his style of play following a number of years with conservative tactics under the likes of Antonio Conte and Jose Mourinho.

“Yes I am surprised,” he continued. “I’m very lucky to have players of such quality and we’re very lucky to have this positive start because of the players. It’s true it’s a different style to last season but this team is full of players who are suitable to my style of play.”

Chelsea currently sit in third position in the Premier League having failed to taste defeat ahead of their t?rip to face Sout?hampton on Sunday.