Chelsea will reject a request from their former star Frank Lampard over the use of loan players playing against their parent club, when Derby County take on the Blues in the Carabao Cup later this month.

Many Chelsea fans would have hoped to face Derby much later in the competition, or probably not at all.

Not only did the Rams unceremoniously dump Manchester United out of the competition in the last round, but are managed by Blues legend Lampard. 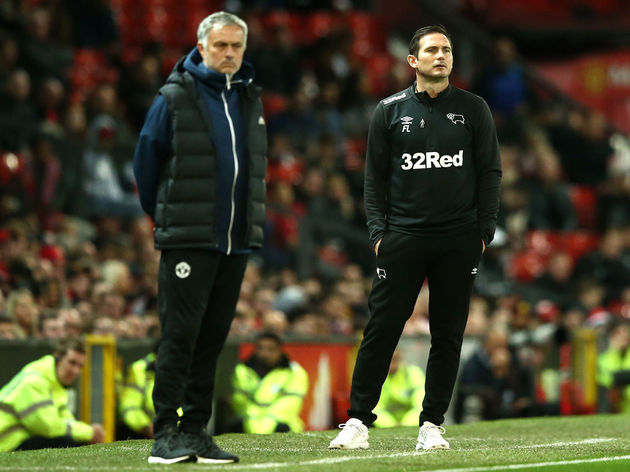 However, Lampard is set to return to Stamford Bridge on October 31, where he will hope to get one over his old team in the Carabao Cup round of 16.

Derbypulled off a memorable win against Manchester United last month, with Lampard emerging victorious on penalties after his first managerial encounter with former mentor Jose Mourinho.

However, in order to add Chelsea to Derby’s list of high profile scalps this season, Lampard will have to make do without loan pair Mason Mount and Fikayo Tomori.

According to Standard SportChelsea er the competition’s rules, players can play against parent clubs with permission. However, the Blues will reject their former star’s request. The pair joined Derby on a season-long loan over the summer and have performed incredibly so far. So it’s only fair that Lampard should at least try to have them present for the important clash, yet it’s also fair that Chelsea don’t.

“For their careers, it will be great development but from the Chelsea side they want to win the game, just as we do,” Lampard said recently. “I will respect their decision whatever it is.”

The new Derby boss has overseen five wins, three draws and four losses in the Championship since taking over at the club, with the Rams tied on 18 points with Brentford, Norwich City and Blackburn while occupying the eighth spot on the league table.