Hazard, who is one of only five Belgian players to win the award, beat Raheem Sterling, Alexandre Lacazette, Gylfi Sigurdsson, James Maddison and Willy Boly to the accolade.

He is the first Chelsea man to be named Player of the Month since Diego Costa in November 2016.

Hazard scored five goals in four Premier League games in September as Chelsea went unbeaten to keep up their fantastic start to the new season.

The 27-year-old kicked off the month with a goal in a 2-0 win over Bournemouth, before then scoring a hat-trick as Chelsea came from behind to hammer Cardiff 4-1 at Stamford Bridge. 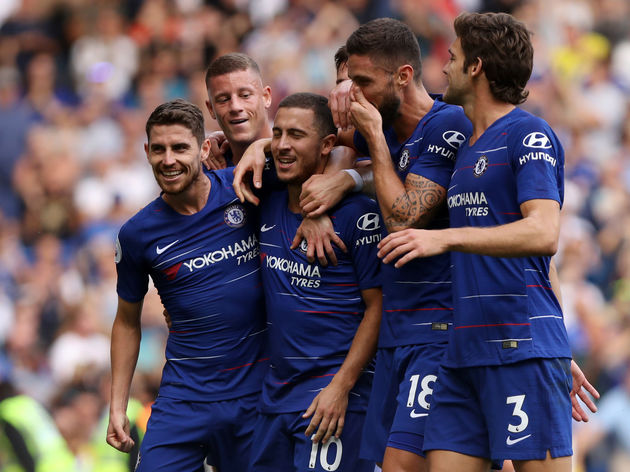 The Blues were unable to get the better of West Ham, drawing 0-0, but Hazard was back on the score-sheet a week later to secure his team a valuable point against title rivals Liverpool.

Despite not operating as a striker, Hazard is currently the Premier League’s leading scorer and is on course for the most prolific season of his storied career to date.